It’s floating, so it’s density must be less than 1 g/mL.

How can this be?

The Titanic is a hollow vessel full of air! 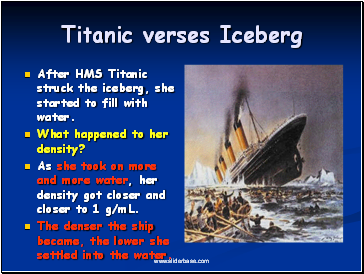 After HMS Titanic struck the iceberg, she started to fill with water.

What happened to her density?

As she took on more and more water, her density got closer and closer to 1 g/mL.

The denser the ship became, the lower she settled into the water. 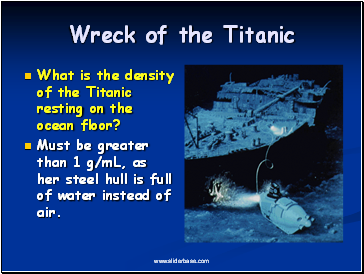 Wreck of the Titanic

What is the density of the Titanic resting on the ocean floor?

Must be greater than 1 g/mL, as her steel hull is full of water instead of air. 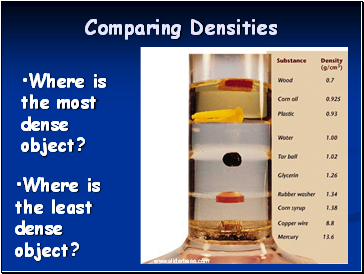 Where is the most dense object?

Where is the least dense object? 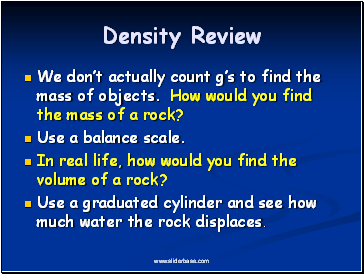 Use a balance scale.

In real life, how would you find the volume of a rock?

Use a graduated cylinder and see how much water the rock displaces.