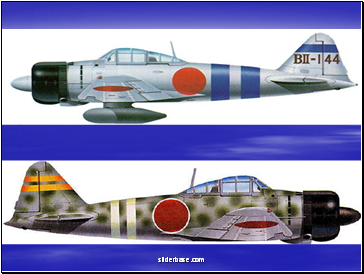 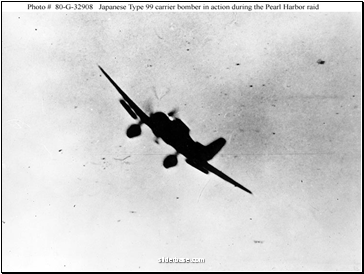 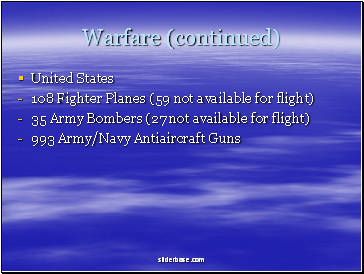 108 Fighter Planes (59 not available for flight)

35 Army Bombers (27 not available for flight) 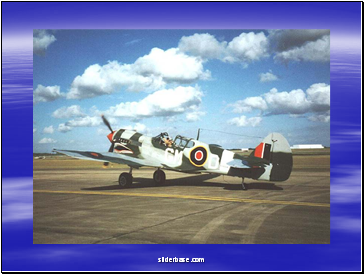 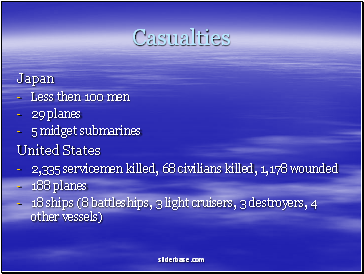 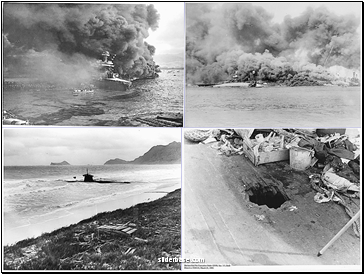 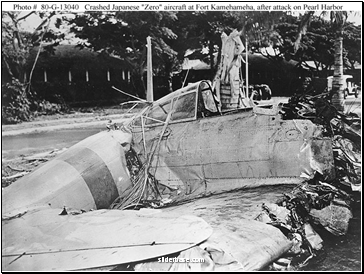 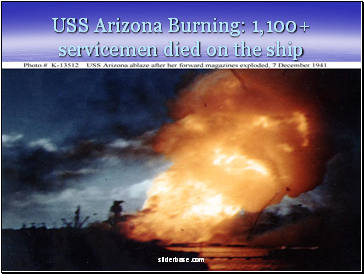 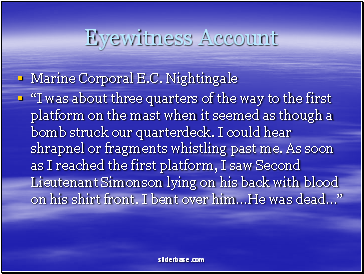 “I was about three quarters of the way to the first platform on the mast when it seemed as though a bomb struck our quarterdeck. I could hear shrapnel or fragments whistling past me. As soon as I reached the first platform, I saw Second Lieutenant Simonson lying on his back with blood on his shirt front. I bent over him…He was dead…” 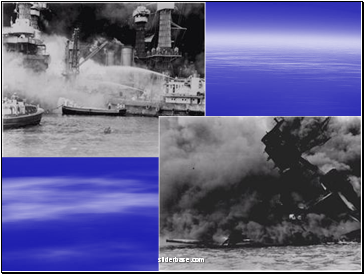 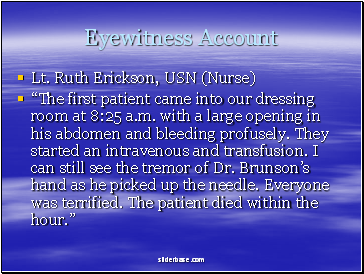 “The first patient came into our dressing room at 8:25 a.m. with a large opening in his abdomen and bleeding profusely. They started an intravenous and transfusion. I can still see the tremor of Dr. Brunson’s hand as he picked up the needle. Everyone was terrified. The patient died within the hour.” 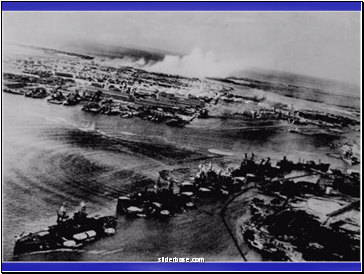 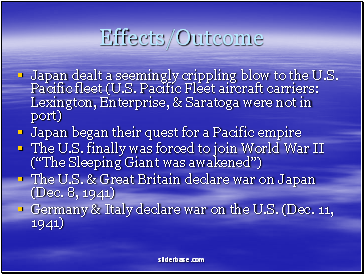 Japan began their quest for a Pacific empire

The U.S. finally was forced to join World War II (“The Sleeping Giant was awakened”)