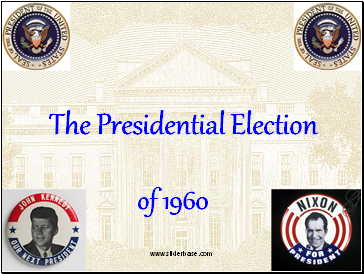 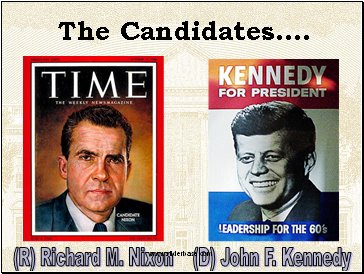 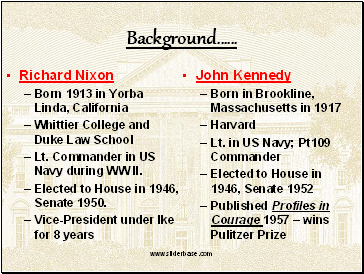 Lt. Commander in US Navy during WW II.

Vice-President under Ike for 8 years

Born in Brookline, Massachusetts in 1917 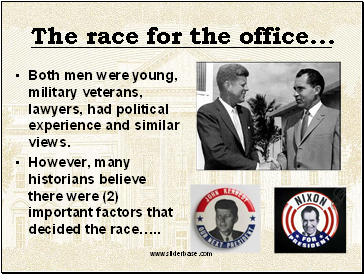 The race for the office

Both men were young, military veterans, lawyers, had political experience and similar views.

However, many historians believe there were (2) important factors that decided the race… 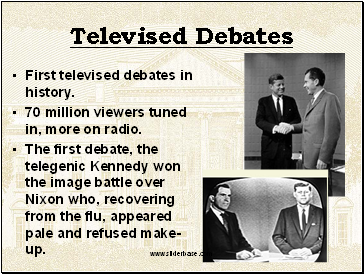 The first debate, the telegenic Kennedy won the image battle over Nixon who, recovering from the flu, appeared pale and refused make-up. 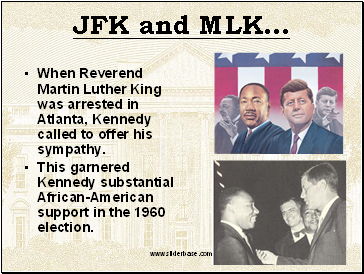 When Reverend Martin Luther King was arrested in Atlanta, Kennedy called to offer his sympathy.

This garnered Kennedy substantial African-American support in the 1960 election. 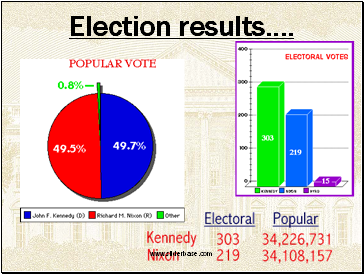 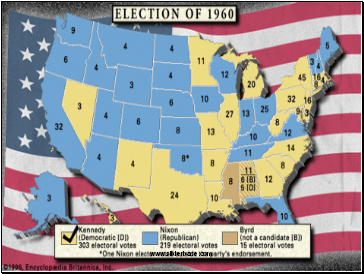 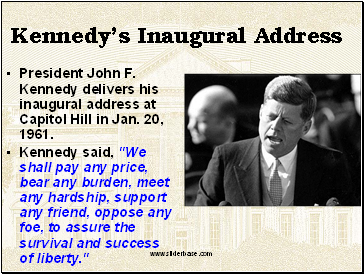 Kennedy said, "We shall pay any price, bear any burden, meet any hardship, support any friend, oppose any foe, to assure the survival and success of liberty." 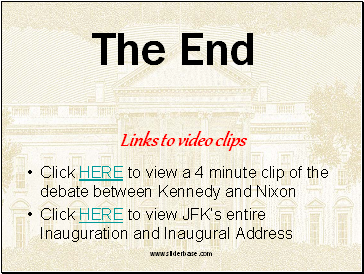