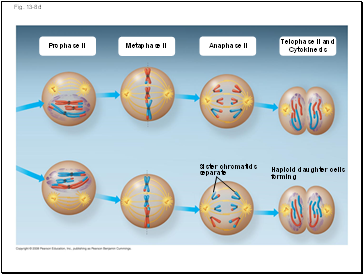 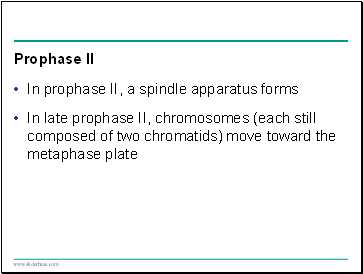 In late prophase II, chromosomes (each still composed of two chromatids) move toward the metaphase plate 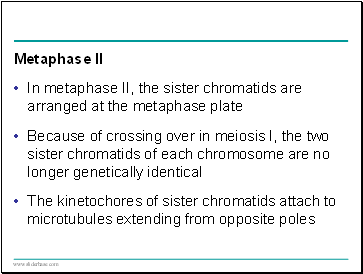 In metaphase II, the sister chromatids are arranged at the metaphase plate

Because of crossing over in meiosis I, the two sister chromatids of each chromosome are no longer genetically identical 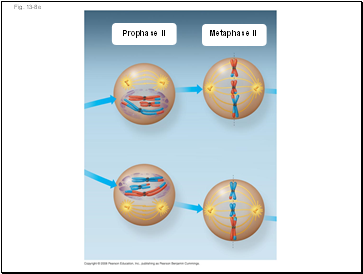 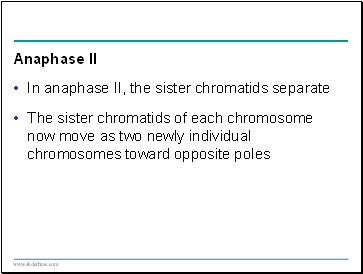 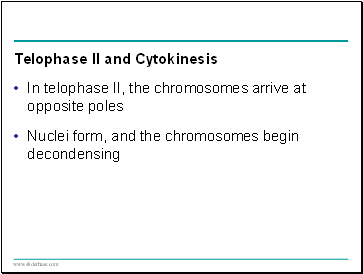 In telophase II, the chromosomes arrive at opposite poles 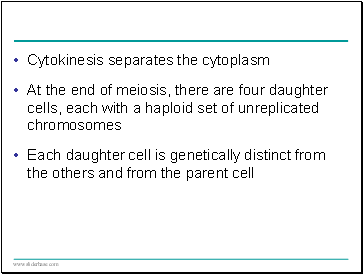 At the end of meiosis, there are four daughter cells, each with a haploid set of unreplicated chromosomes 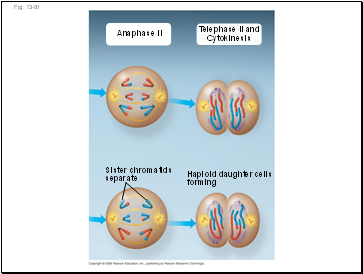 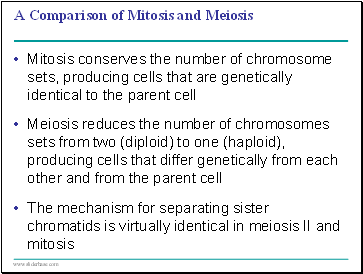 A Comparison of Mitosis and Meiosis

Mitosis conserves the number of chromosome sets, producing cells that are genetically identical to the parent cell

Meiosis reduces the number of chromosomes sets from two (diploid) to one (haploid), producing cells that differ genetically from each other and from the parent cell 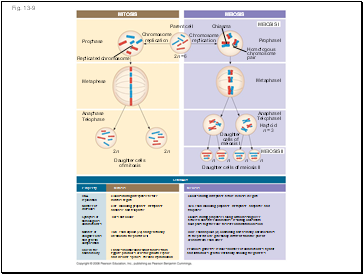