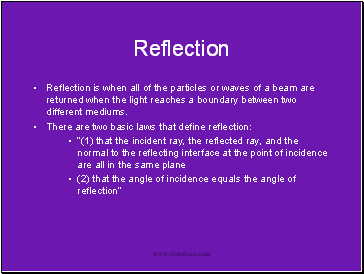 Reflection is when all of the particles or waves of a beam are returned when the light reaches a boundary between two different mediums.

There are two basic laws that define reflection:

“(1) that the incident ray, the reflected ray, and the normal to the reflecting interface at the point of incidence are all in the same plane 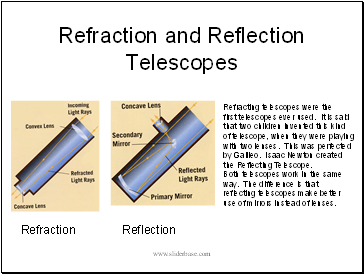 Refracting telescopes were the

first telescopes ever used. It is said

that two children invented this kind

of telescope, when they were playing

with two lenses. This was perfected

Both telescopes work in the same

way. The difference is that

use of mirrors instead of lenses. 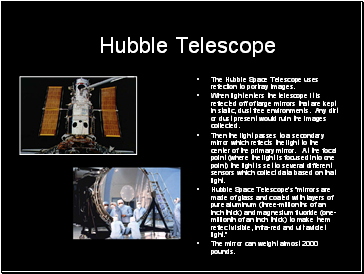 When light enters the telescope it is reflected off of large mirrors that are kept in static, dust free environments. Any dirt or dust present would ruin the images collected.

Then the light passes to a secondary mirror which reflects the light to the center of the primary mirror. At the focal point (where the light is focused into one point) the light is set to several different sensors which collect data based on that light.

The mirror can weight almost 2000 pounds. 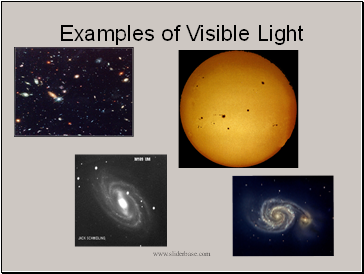