Cools at the surface 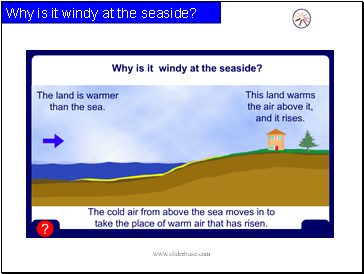 Why is it windy at the seaside? 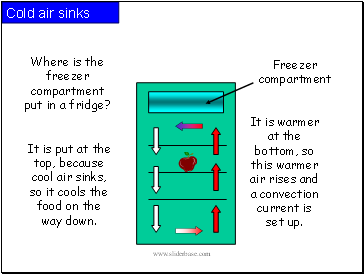 Where is the freezer compartment put in a fridge?

It is put at the top, because cool air sinks, so it cools the food on the way down.

It is warmer at the bottom, so this warmer air rises and a convection current is set up. 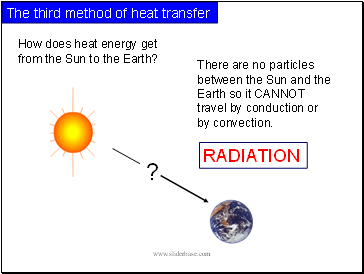 The third method of heat transfer

How does heat energy get from the Sun to the Earth?

There are no particles between the Sun and the Earth so it CANNOT travel by conduction or by convection. 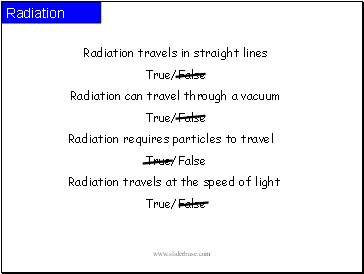 Radiation can travel through a vacuum

Radiation travels at the speed of light 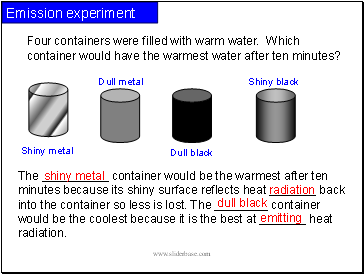 Four containers were filled with warm water. Which container would have the warmest water after ten minutes? 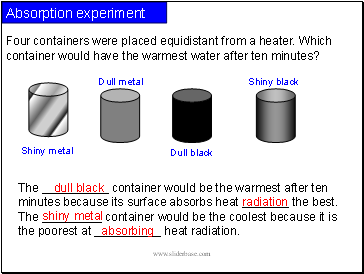 Four containers were placed equidistant from a heater. Which container would have the warmest water after ten minutes? 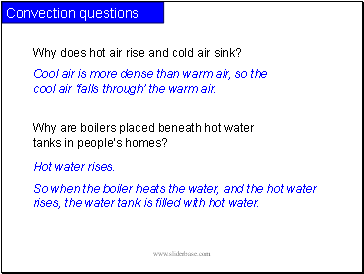 Why are boilers placed beneath hot water tanks in people’s homes?

So when the boiler heats the water, and the hot water rises, the water tank is filled with hot water.

Why does hot air rise and cold air sink?

Cool air is more dense than warm air, so the cool air ‘falls through’ the warm air. 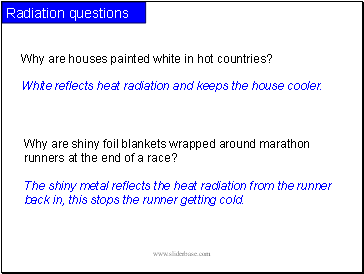 Why are houses painted white in hot countries?