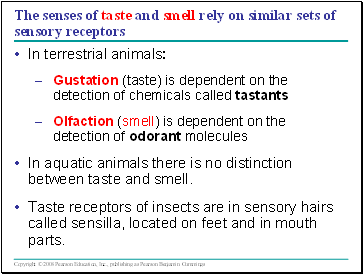 Gustation (taste) is dependent on the detection of chemicals called tastants

Olfaction (smell) is dependent on the detection of odorant molecules

In aquatic animals there is no distinction between taste and smell.

Taste receptors of insects are in sensory hairs called sensilla, located on feet and in mouth parts. 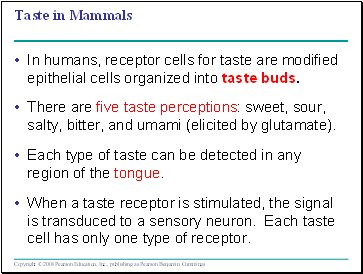 Each type of taste can be detected in any region of the tongue.

When a taste receptor is stimulated, the signal is transduced to a sensory neuron. Each taste cell has only one type of receptor. 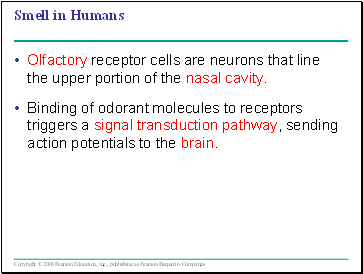 Olfactory receptor cells are neurons that line the upper portion of the nasal cavity. 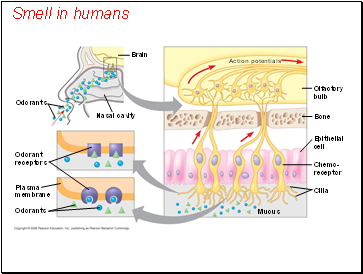 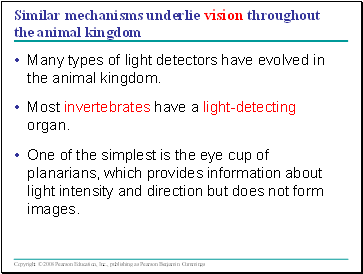 Many types of light detectors have evolved in the animal kingdom.

Most invertebrates have a light-detecting organ.

One of the simplest is the eye cup of planarians, which provides information about light intensity and direction but does not form images. 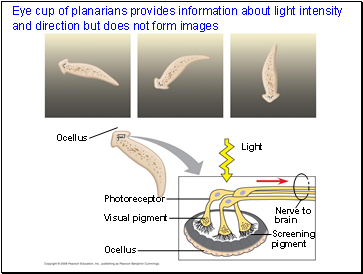 Eye cup of planarians provides information about light intensity and direction but does not form images. 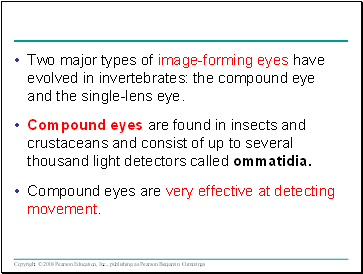 Two major types of image-forming eyes have evolved in invertebrates: the compound eye and the single-lens eye.

Compound eyes are found in insects and crustaceans and consist of up to several thousand light detectors called ommatidia.