Christmas around the world
Page
2 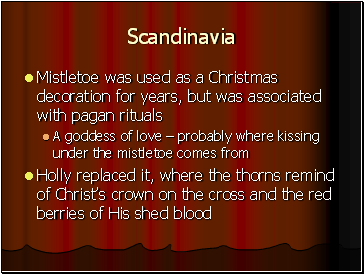 Mistletoe was used as a Christmas decoration for years, but was associated with pagan rituals

Holly replaced it, where the thorns remind of Christ’s crown on the cross and the red berries of His shed blood 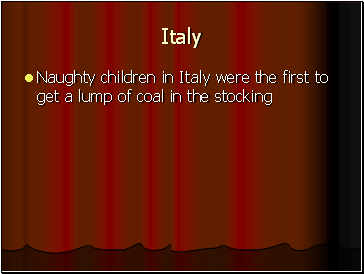 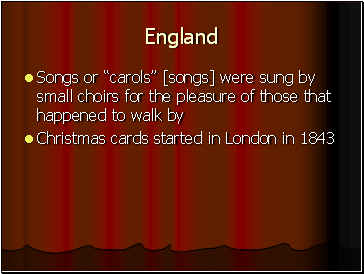 Christmas cards started in London in 1843 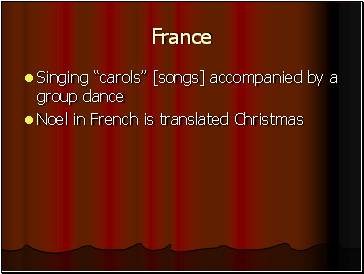 Noel in French is translated Christmas 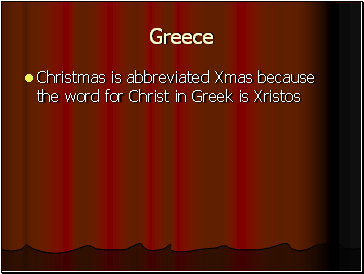 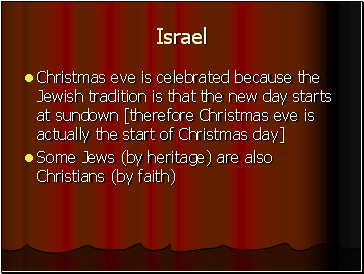 Some Jews (by heritage) are also Christians (by faith) 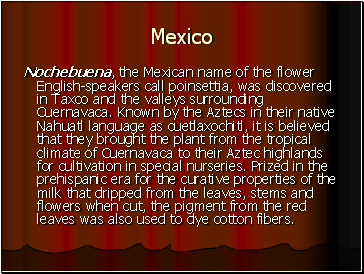 Nochebuena, the Mexican name of the flower English-speakers call poinsettia, was discovered in Taxco and the valleys surrounding Cuernavaca. Known by the Aztecs in their native Nahuatl language as cuetlaxochitl, it is believed that they brought the plant from the tropical climate of Cuernavaca to their Aztec highlands for cultivation in special nurseries. Prized in the prehispanic era for the curative properties of the milk that dripped from the leaves, stems and flowers when cut, the pigment from the red leaves was also used to dye cotton fibers. 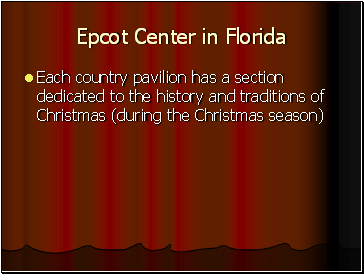 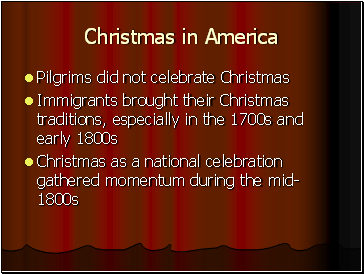 Pilgrims did not celebrate Christmas

Immigrants brought their Christmas traditions, especially in the 1700s and early 1800s

Christmas as a national celebration gathered momentum during the mid-1800s 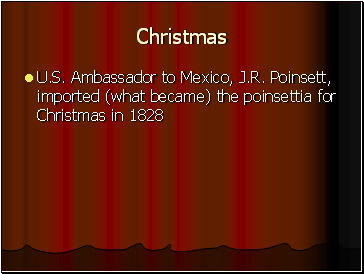