Streams are shown as a blue line on maps.

When contour lines cross a stream it looks like an upside down V.

The point in the V points

upstream. It opens in the direction the water is flowing. 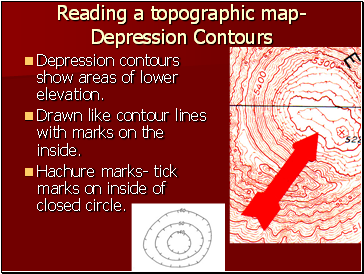 Drawn like contour lines with marks on the inside.

Hachure marks- tick marks on inside of closed circle. 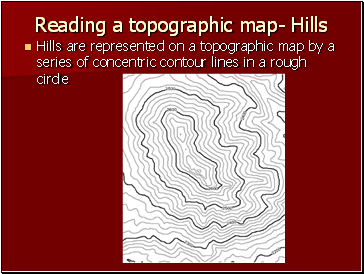 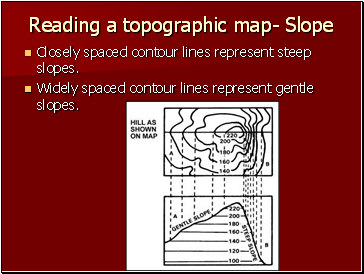 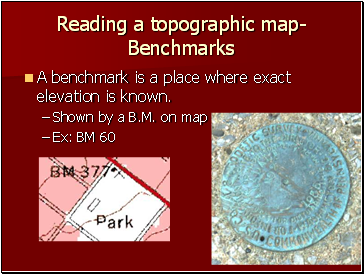 A benchmark is a place where exact elevation is known. 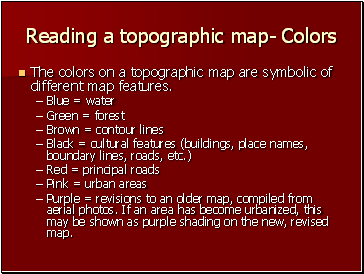 The colors on a topographic map are symbolic of different map features.

Purple = revisions to an older map, compiled from aerial photos. If an area has become urbanized, this may be shown as purple shading on the new, revised map. 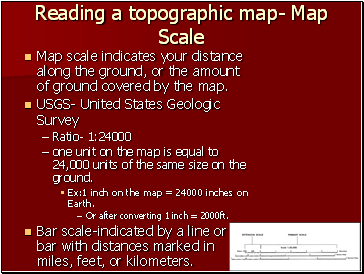 Map scale indicates your distance along the ground, or the amount of ground covered by the map.

Bar scale-indicated by a line or bar with distances marked in miles, feet, or kilometers. 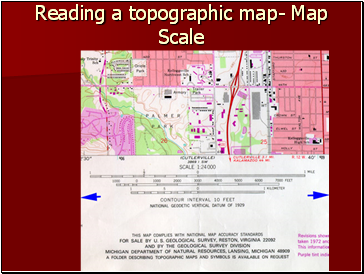 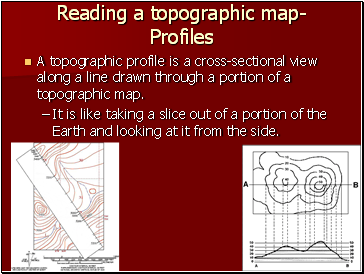 A topographic profile is a cross-sectional view along a line drawn through a portion of a topographic map.

It is like taking a slice out of a portion of the Earth and looking at it from the side. 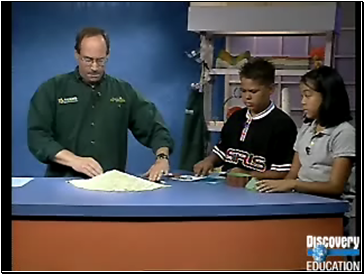