King Charles I was king and didn’t agree with the religious freedom.

In 1649, the Toleration Act was passed that guaranteed equality of rights for everyone for religion. 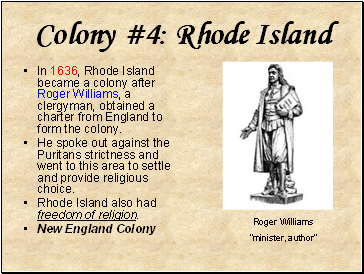 In 1636, Rhode Island became a colony after Roger Williams, a clergyman, obtained a charter from England to form the colony.

He spoke out against the Puritans strictness and went to this area to settle and provide religious choice. 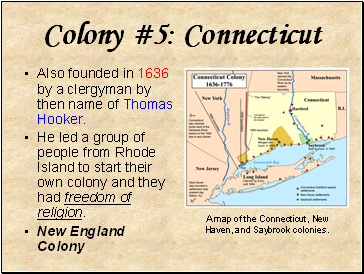 Also founded in 1636 by a clergyman by then name of Thomas Hooker.

He led a group of people from Rhode Island to start their own colony and they had freedom of religion.

A map of the Connecticut, New Haven, and Saybrook colonies. 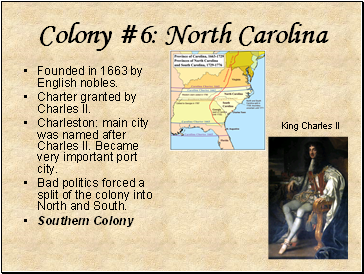 Founded in 1663 by English nobles.

Bad politics forced a split of the colony into North and South. 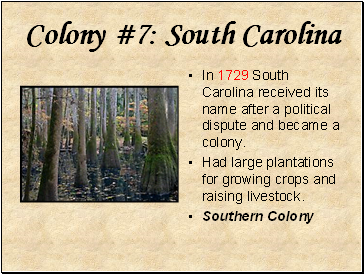 In 1729 South Carolina received its name after a political dispute and became a colony.

Had large plantations for growing crops and raising livestock. 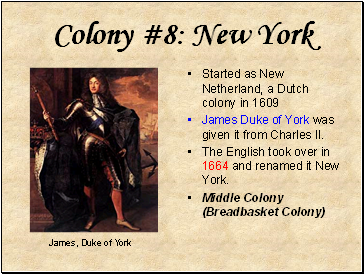 Started as New Netherland, a Dutch colony in 1609

James Duke of York was given it from Charles II.

The English took over in 1664 and renamed it New York. 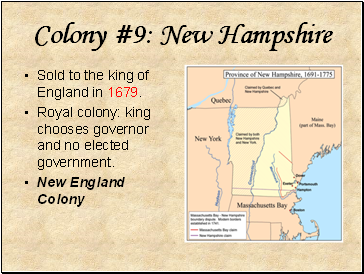 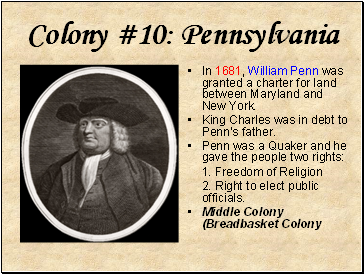 In 1681, William Penn was granted a charter for land between Maryland and New York.

King Charles was in debt to Penn’s father.

Penn was a Quaker and he gave the people two rights: 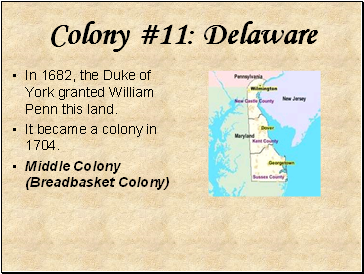