Produces genetic diversity - variation among and within species that is attributable to differences in hereditary material. www.for.gov.bc.ca/hfd/library/documents/glossary/G.htm 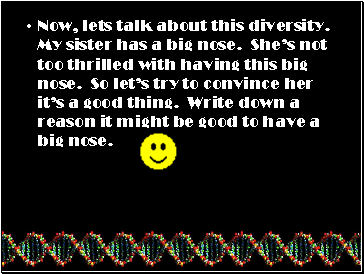 Now, lets talk about this diversity. My sister has a big nose. She’s not too thrilled with having this big nose. So let’s try to convince her it’s a good thing. Write down a reason it might be good to have a big nose. 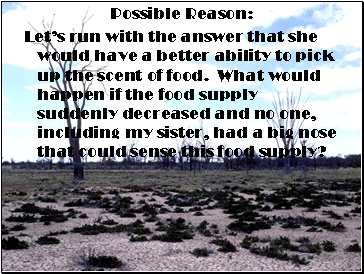 Let’s run with the answer that she would have a better ability to pick up the scent of food. What would happen if the food supply suddenly decreased and no one, including my sister, had a big nose that could sense this food supply? 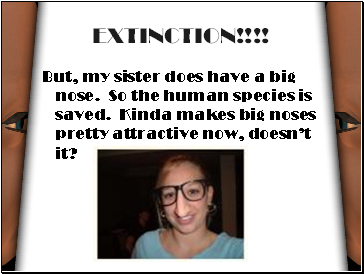 But, my sister does have a big nose. So the human species is saved. Kinda makes big noses pretty attractive now, doesn’t it? 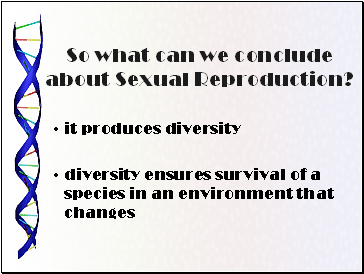 So what can we conclude about Sexual Reproduction?

diversity ensures survival of a species in an environment that changes