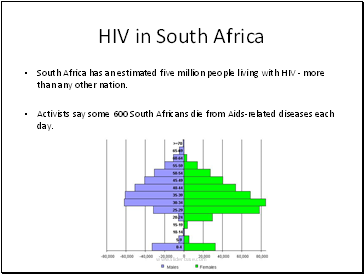 South Africa has an estimated five million people living with HIV - more than any other nation. 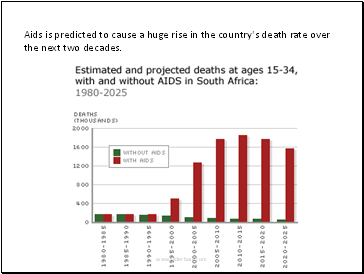 Aids is predicted to cause a huge rise in the country's death rate over the next two decades. 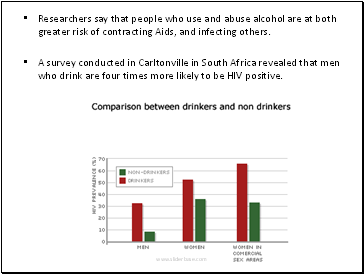 Researchers say that people who use and abuse alcohol are at both greater risk of contracting Aids, and infecting others.

A survey conducted in Carltonville in South Africa revealed that men who drink are four times more likely to be HIV positive. 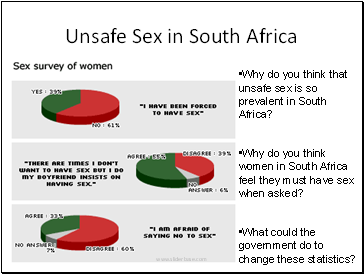 Why do you think that unsafe sex is so prevalent in South Africa?

Why do you think women in South Africa feel they must have sex when asked?

What could the government do to change these statistics? 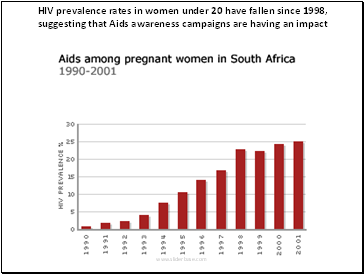 HIV prevalence rates in women under 20 have fallen since 1998, suggesting that Aids awareness campaigns are having an impact