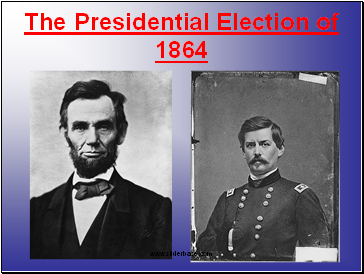 The Presidential Election of 1864 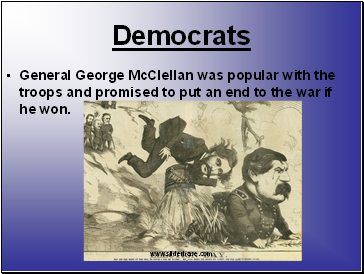 General George McClellan was popular with the troops and promised to put an end to the war if he won. 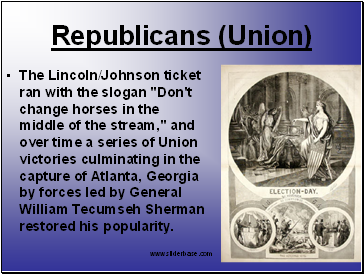 The Lincoln/Johnson ticket ran with the slogan "Don't change horses in the middle of the stream," and over time a series of Union victories culminating in the capture of Atlanta, Georgia by forces led by General William Tecumseh Sherman restored his popularity. 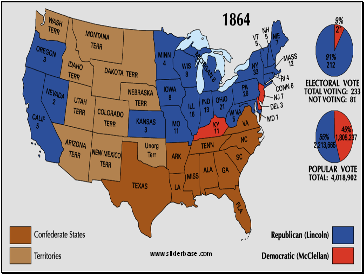