To determine density we use volume and mass. Now he could determine the density of the crown. He found that the crown was a mixture of gold and silver and that the goldsmith had tried to cheat the king.

The crown and the gold nugget have equal weight

The crown displaces more water than the gold nugget 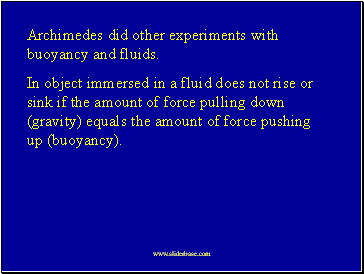 Archimedes did other experiments with buoyancy and fluids. 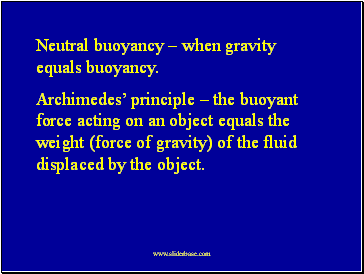 Archimedes’ principle – the buoyant force acting on an object equals the weight (force of gravity) of the fluid displaced by the object. 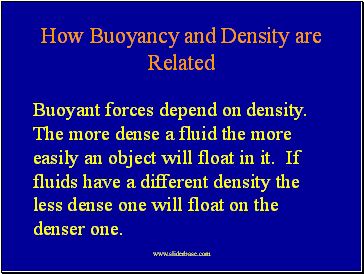 How Buoyancy and Density are Related

Buoyant forces depend on density. The more dense a fluid the more easily an object will float in it. If fluids have a different density the less dense one will float on the denser one. 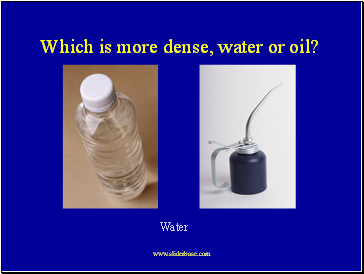 Which is more dense, water or oil? 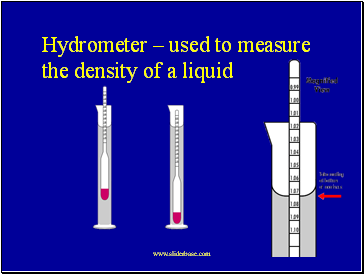 Hydrometer – used to measure the density of a liquid 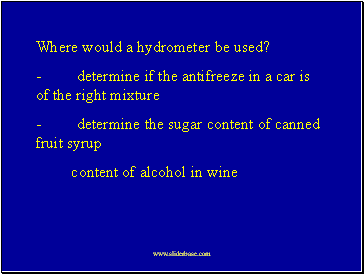 Where would a hydrometer be used?