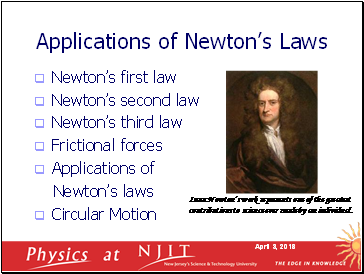 Isaac Newton’s work represents one of the greatest contributions to science ever made by an individual. 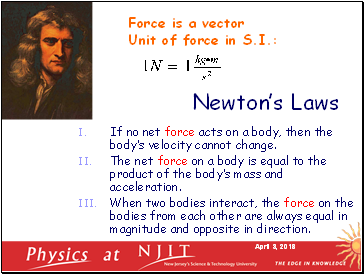 If no net force acts on a body, then the body’s velocity cannot change.

The net force on a body is equal to the product of the body’s mass and acceleration.

When two bodies interact, the force on the bodies from each other are always equal in magnitude and opposite in direction.

Force is a vector Unit of force in S.I.: 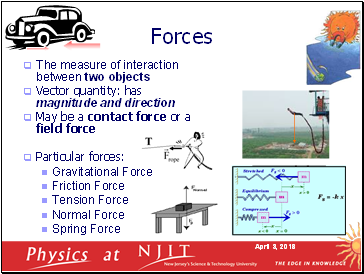 The measure of interaction between two objects

Vector quantity: has magnitude and direction

May be a contact force or a field force 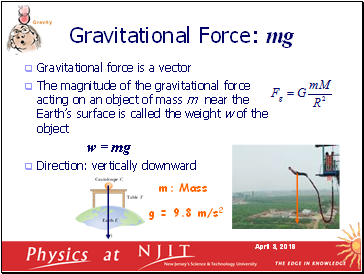 Gravitational force is a vector 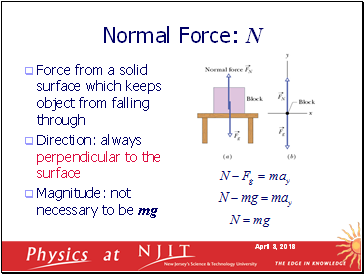 Force from a solid surface which keeps object from falling through

Direction: always perpendicular to the surface

Magnitude: not necessary to be mg 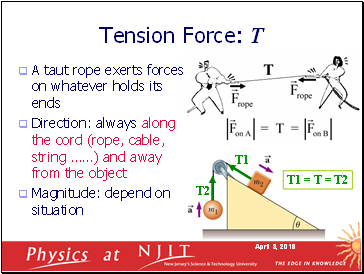 A taut rope exerts forces on whatever holds its ends

Direction: always along the cord (rope, cable, string ……) and away from the object

Magnitude: depend on situation 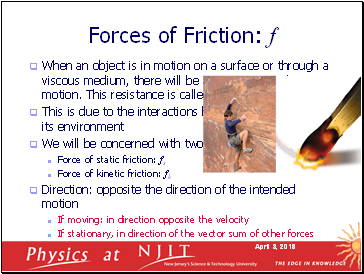 When an object is in motion on a surface or through a viscous medium, there will be a resistance to the motion. This resistance is called the force of friction

We will be concerned with two types of frictional force

Direction: opposite the direction of the intended motion

If moving: in direction opposite the velocity

If stationary, in direction of the vector sum of other forces 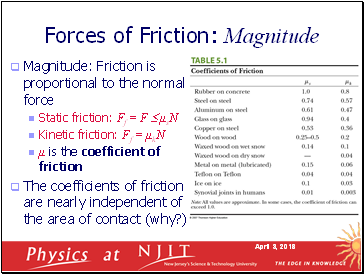