Direction: toward the center of the circle of motion 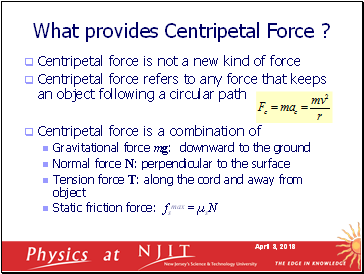 Centripetal force is not a new kind of force

Centripetal force is a combination of

Tension force T: along the cord and away from object 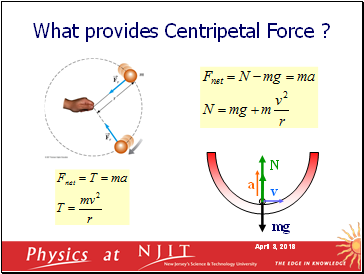 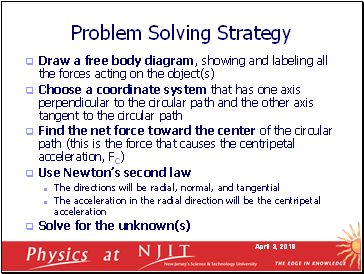 Draw a free body diagram, showing and labeling all the forces acting on the object(s)

Find the net force toward the center of the circular path (this is the force that causes the centripetal acceleration, FC)

The directions will be radial, normal, and tangential 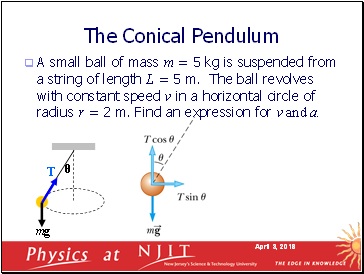 A small ball of mass m = 5 kg is suspended from a string of length L = 5 m. The ball revolves with constant speed v in a horizontal circle of radius r = 2 m. Find an expression for v and a. 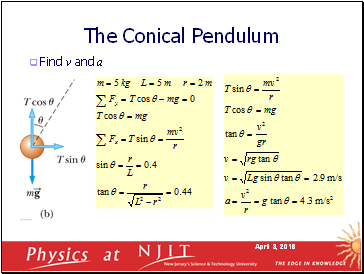 Find v and a 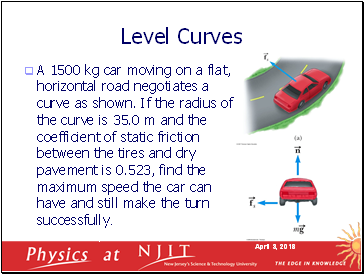 A 1500 kg car moving on a flat, horizontal road negotiates a curve as shown. If the radius of the curve is 35.0 m and the coefficient of static friction between the tires and dry pavement is 0.523, find the maximum speed the car can have and still make the turn successfully. 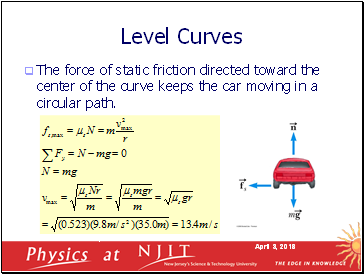 The force of static friction directed toward the center of the curve keeps the car moving in a circular path. 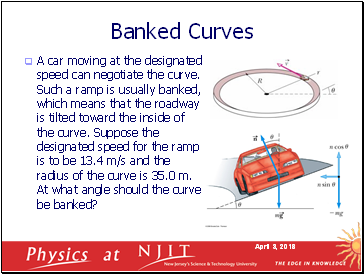