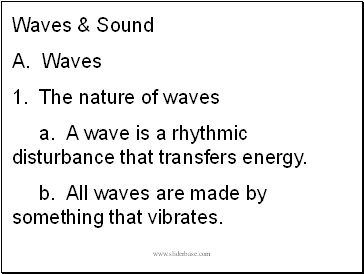 1. The nature of waves

a. A wave is a rhythic disturbance that transfers energy.

b. All waves are made by something that vibrates. 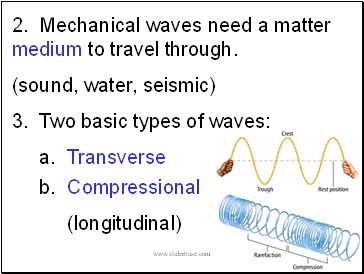 2. Mechanical waves need a matter medium to travel through. 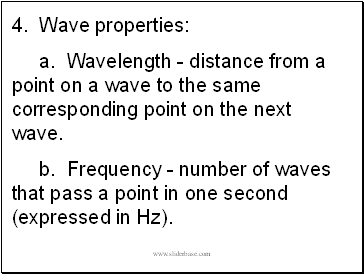 a. Wavelength - distance from a point on a wave to the same corresponding point on the next wave.

b. Frequency - number of waves that pass a point in one second (expressed in Hz). 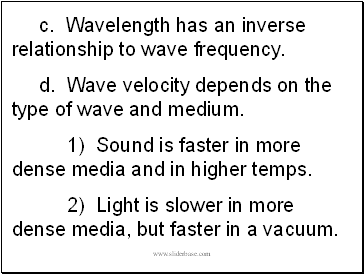 c. Wavelength has an inverse relationship to wave frequency.

d. Wave velocity depends on the type of wave and medium.

1) Sound is faster in more dense media and in higher temps.

2) Light is slower in more dense media, but faster in a vacuum. 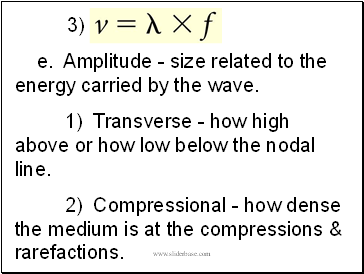 e. Amplitude - size related to the energy carried by the wave.

1) Transverse - how high above or how low below the nodal line.

2) Compressional - how dense the medium is at the compressions & rarefactions. 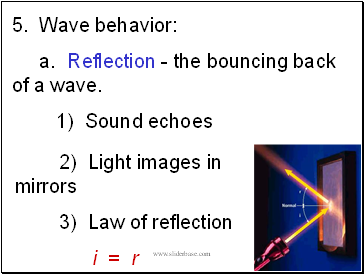 a. Reflection - the bouncing back of a wave. 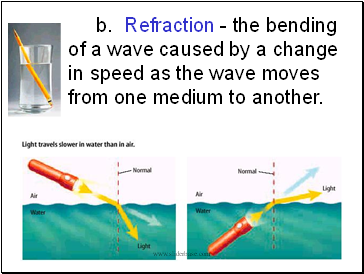 b. Refraction - the bending of a wave caused by a change in speed as the wave moves from one medium to another. 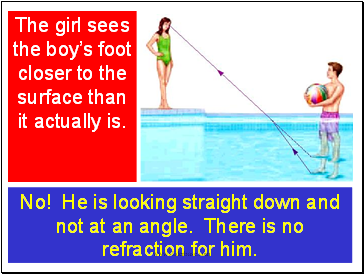 The girl sees the boy’s foot closer to the surface than it actually is.

If the boy looks down at his feet, will they seem closer to him than they really are?

No! He is looking straight down and not at an angle. There is no refraction for him. 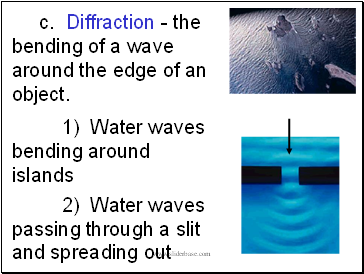 c. Diffraction - the bending of a wave around the edge of an object.

2) Water waves passing through a slit and spreading out 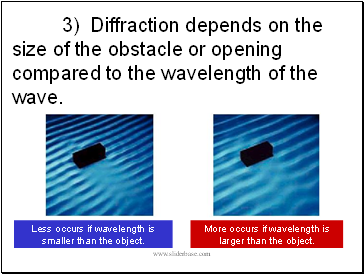 3) Diffraction depends on the size of the obstacle or opening compared to the wavelength of the wave.

Less occurs if wavelength is smaller than the object.

More occurs if wavelength is larger than the object.