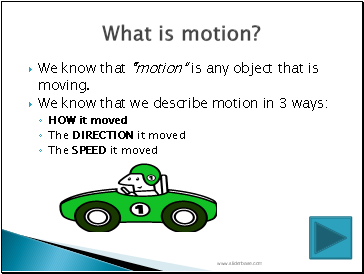 We know that “motion” is any object that is moving.

We know that we describe motion in 3 ways:

The DIRECTION it moved

The SPEED it moved 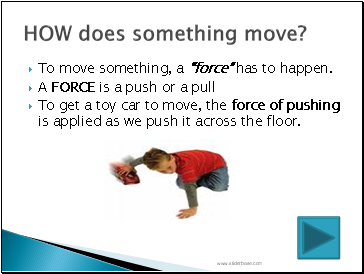 HOW does something move?

To move something, a “force” has to happen.

A FORCE is a push or a pull

To get a toy car to move, the force of pushing is applied as we push it across the floor. 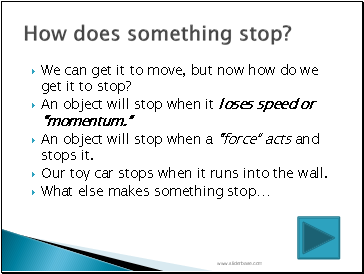 How does something stop?

We can get it to move, but now how do we get it to stop?

An object will stop when it loses speed or “momentum.”

An object will stop when a “force” acts and stops it.

Our toy car stops when it runs into the wall.

What else makes something stop… 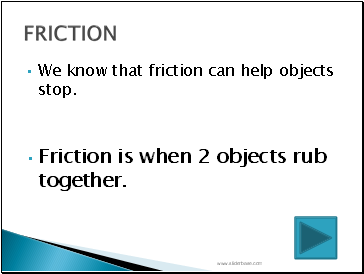 We know that friction can help objects stop.

Friction is when 2 objects rub together. 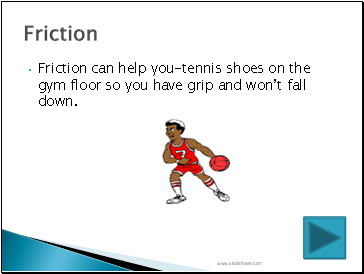 Friction can help you-tennis shoes on the gym floor so you have grip and won’t fall down. 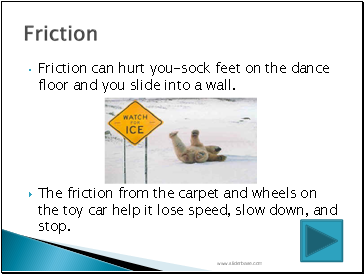 Friction can hurt you-sock feet on the dance floor and you slide into a wall.

The friction from the carpet and wheels on the toy car help it lose speed, slow down, and stop. 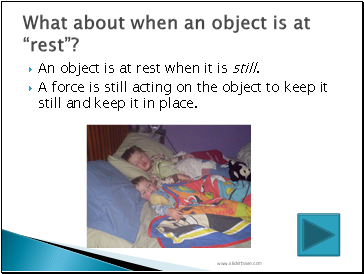 An object is at rest when it is still.

A force is still acting on the object to keep it still and keep it in place.

What about when an object is at “rest”? 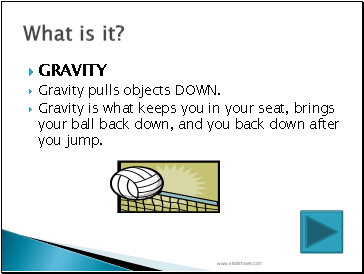 Gravity is what keeps you in your seat, brings your ball back down, and you back down after you jump. 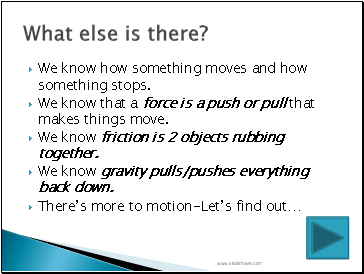 What else is there?

We know that a force is a push or pull that makes things move.

We know friction is 2 objects rubbing together.

We know gravity pulls/pushes everything back down.

There’s more to motion-Let’s find out… 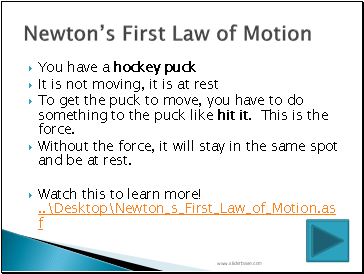 You have a hockey puck

It is not moving, it is at rest

To get the puck to move, you have to do something to the puck like hit it. This is the force.

Without the force, it will stay in the same spot and be at rest.