Watch this to learn more! \Desktop\Newton_s_First_Law_of_Motion.asf 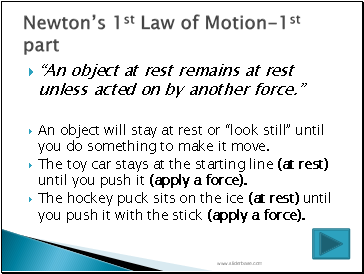 “An object at rest remains at rest unless acted on by another force.”

An object will stay at rest or “look still” until you do something to make it move.

The toy car stays at the starting line (at rest) until you push it (apply a force).

The hockey puck sits on the ice (at rest) until you push it with the stick (apply a force). 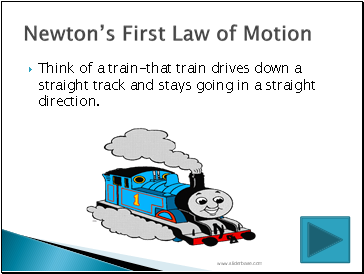 Think of a train-that train drives down a straight track and stays going in a straight direction. 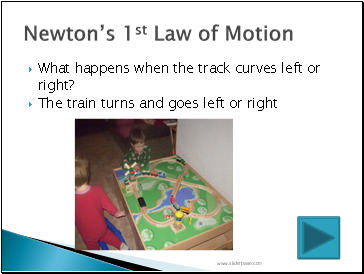 What happens when the track curves left or right?

The train turns and goes left or right 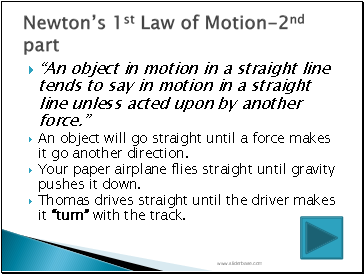 An object will go straight until a force makes it go another direction.

Your paper airplane flies straight until gravity pushes it down.

Thomas drives straight until the driver makes it “turn” with the track. 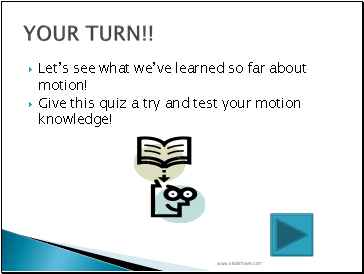 Let’s see what we’ve learned so far about motion!

Give this quiz a try and test your motion knowledge! 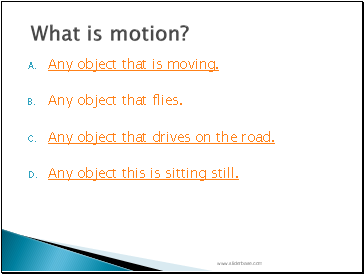 Any object that is moving.

Any object that flies.

Any object that drives on the road.

Any object this is sitting still. 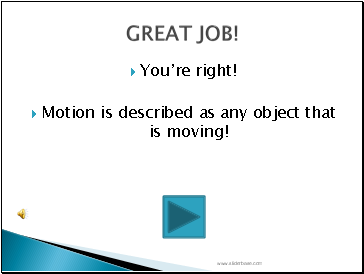 Motion is described as any object that is moving! 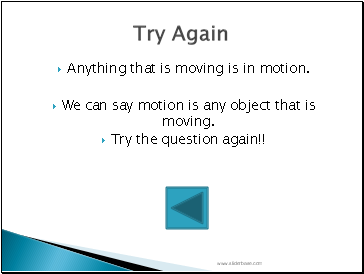 Anything that is moving is in motion.

We can say motion is any object that is moving. 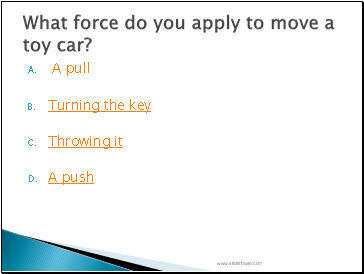 What force do you apply to move a toy car? 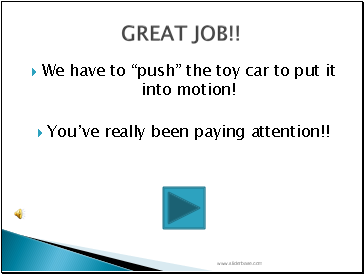 We have to “push” the toy car to put it into motion! 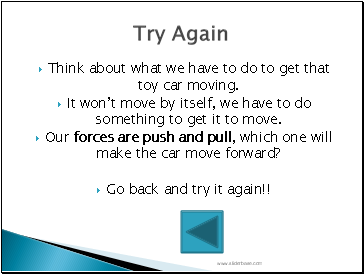 Think about what we have to do to get that toy car moving.