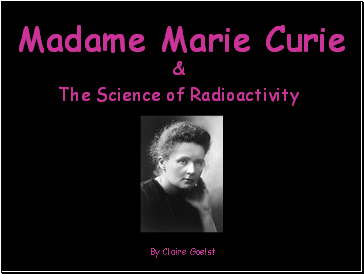 The Science of Radioactivity 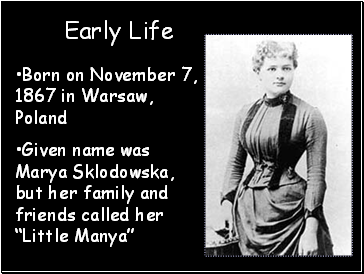 Given name was Marya Sklodowska, but her family and friends called her “Little Manya” 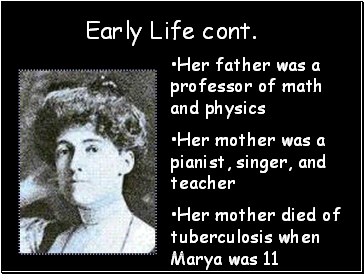 Her father was a professor of math and physics

Her mother was a pianist, singer, and teacher

Her mother died of tuberculosis when Marya was 11 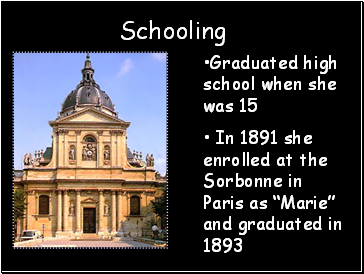 Graduated high school when she was 15 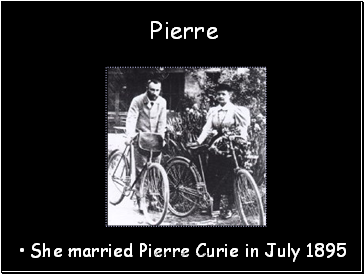 She married Pierre Curie in July 1895 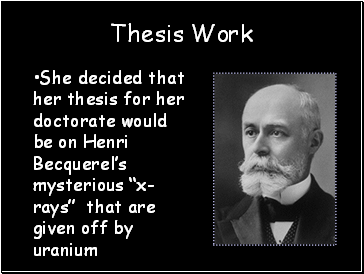 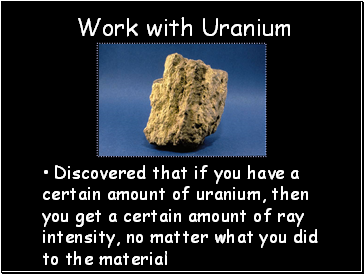 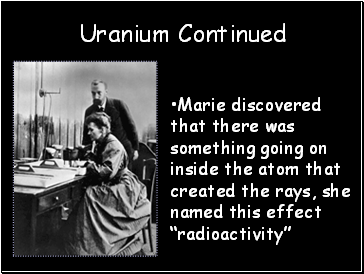 Marie discovered that there was something going on inside the atom that created the rays, she named this effect “radioactivity” 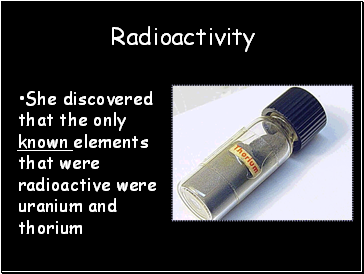 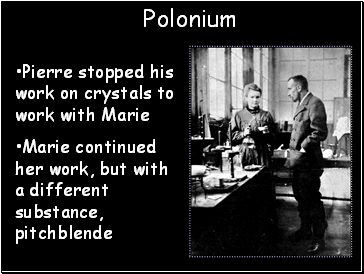 Pierre stopped his work on crystals to work with Marie

Marie continued her work, but with a different substance, pitchblende 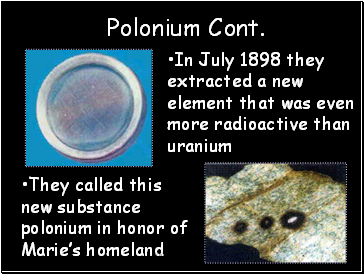 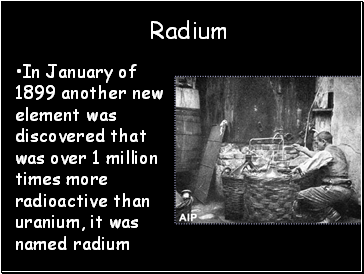 In January of 1899 another new element was discovered that was over 1 million times more radioactive than uranium, it was named radium 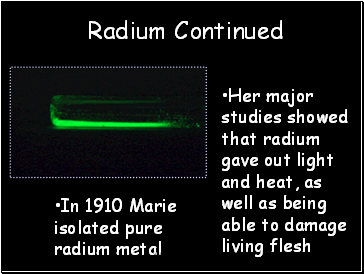