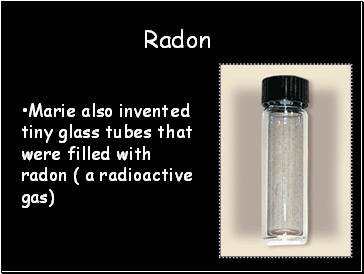 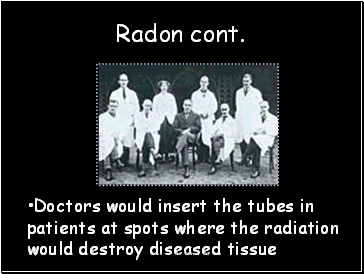 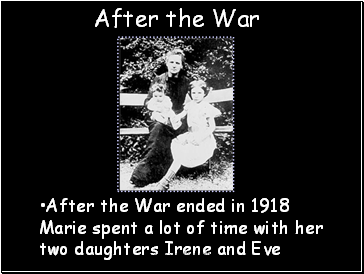 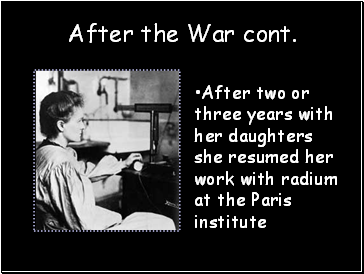 After the War cont. 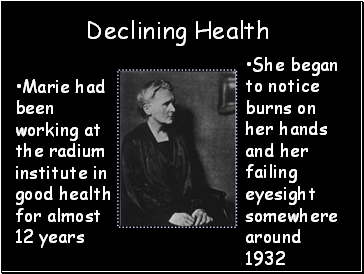 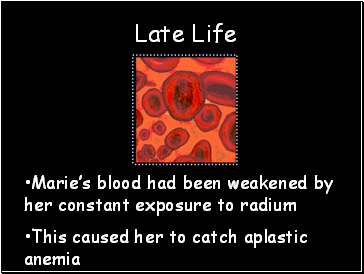 This caused her to catch aplastic anemia 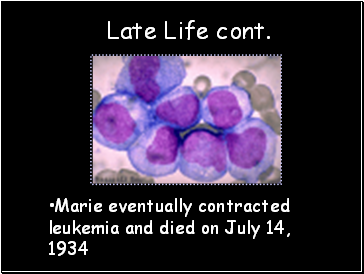 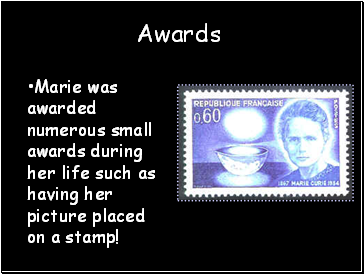 Marie was awarded numerous small awards during her life such as having her picture placed on a stamp! 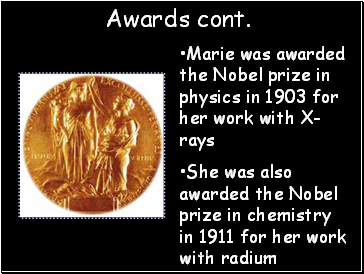 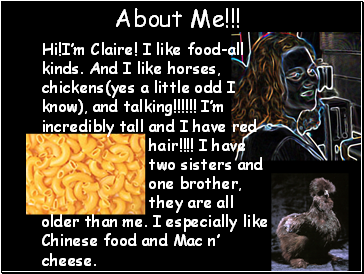 Hi!I’m Claire! I like food-all kinds. And I like horses, chickens(yes a little odd I know), and talking!!!!!! I’m incredibly tall and I have red hair!!!! I have two sisters and one brother, they are all older than me. I especially like Chinese food and Mac n’ cheese.