Her major studies showed that radium gave out light and heat, as well as being able to damage living flesh 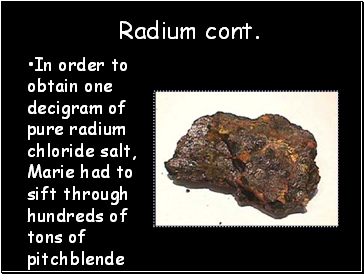 In order to obtain one decigram of pure radium chloride salt, Marie had to sift through hundreds of tons of pitchblende 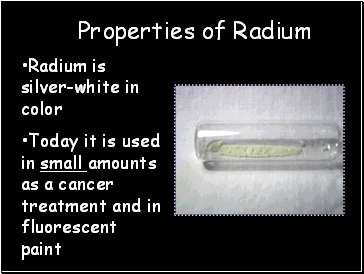 Radium is silver-white in color 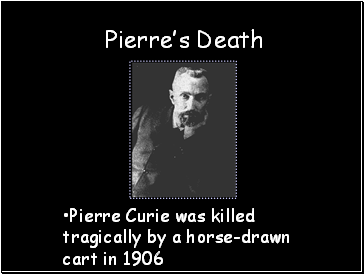 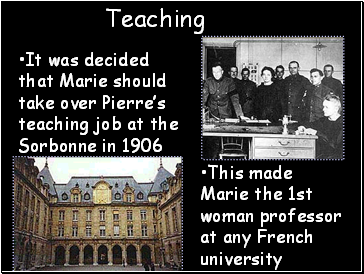 This made Marie the 1st woman professor at any French university 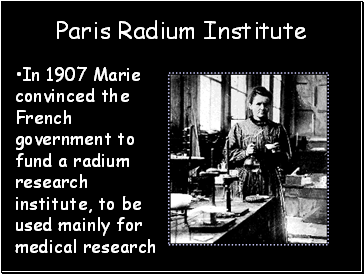 In 1907 Marie convinced the French government to fund a radium research institute, to be used mainly for medical research 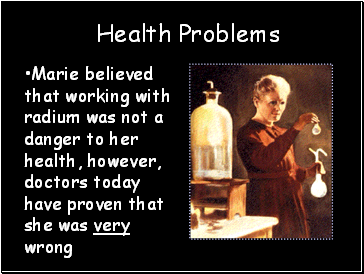 Marie believed that working with radium was not a danger to her health, however, doctors today have proven that she was very wrong 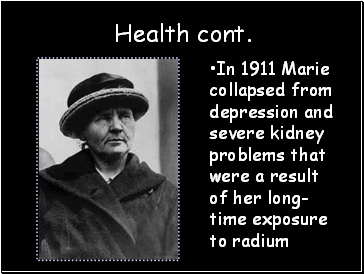 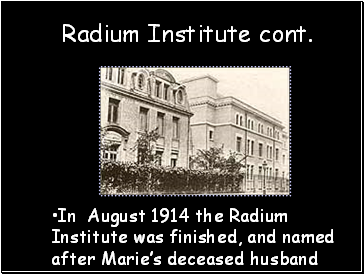 In August 1914 the Radium Institute was finished, and named after Marie’s deceased husband 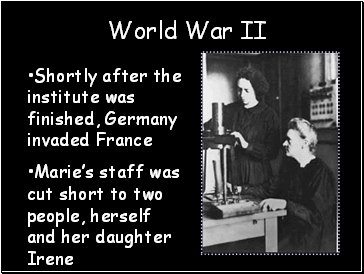 Shortly after the institute was finished, Germany invaded France

Marie’s staff was cut short to two people, herself and her daughter Irene 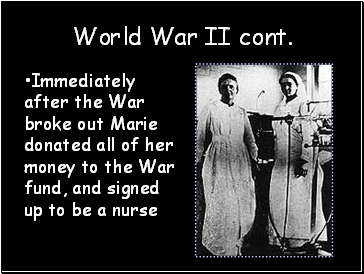 Immediately after the War broke out Marie donated all of her money to the War fund, and signed up to be a nurse 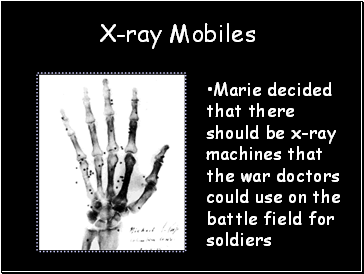 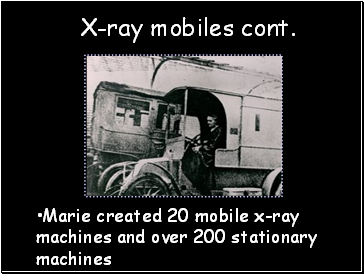