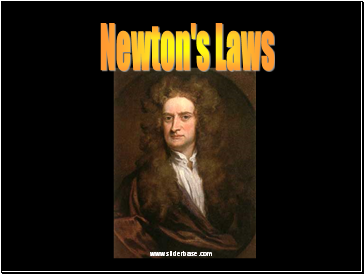 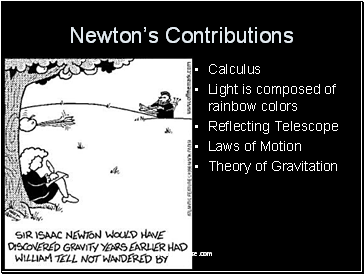 Light is composed of rainbow colors 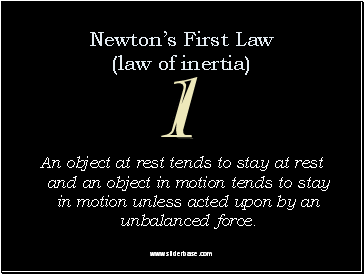 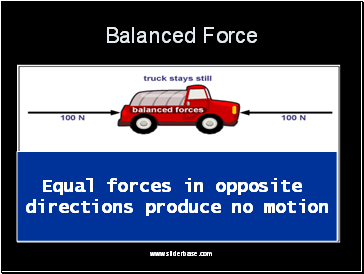 Equal forces in opposite 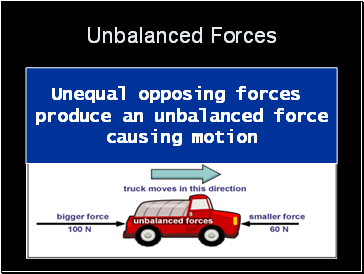 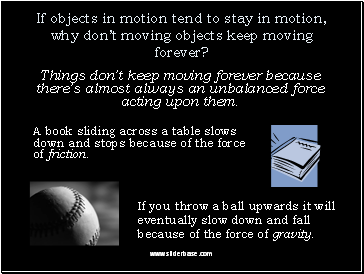 If objects in motion tend to stay in motion, why don’t moving objects keep moving forever?

A book sliding across a table slows down and stops because of the force of friction.

If you throw a ball upwards it will eventually slow down and fall because of the force of gravity. 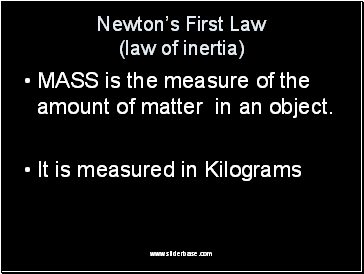 MASS is the measure of the amount of matter in an object.

It is measured in Kilograms 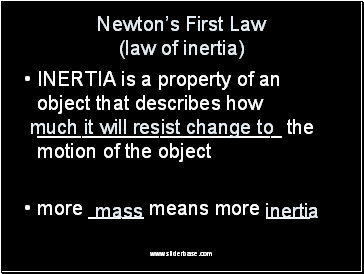 much it will resist change to 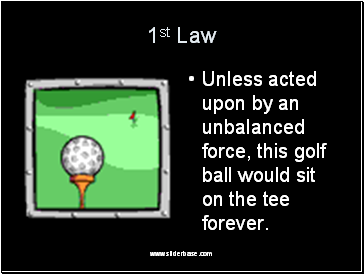 Unless acted upon by an unbalanced force, this golf ball would sit on the tee forever. 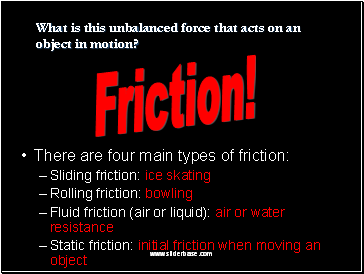 There are four main types of friction:

What is this unbalanced force that acts on an object in motion? 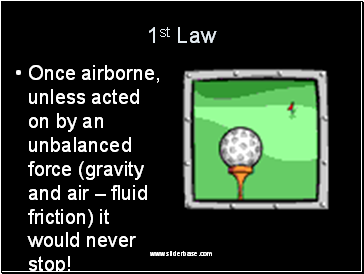 Once airborne, unless acted on by an unbalanced force (gravity and air – fluid friction) it would never stop! 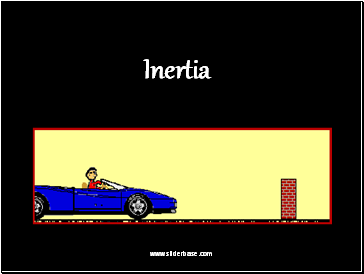