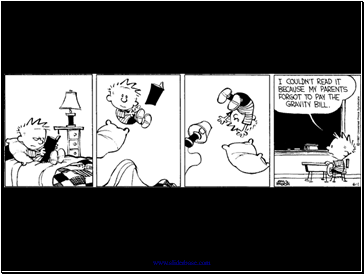 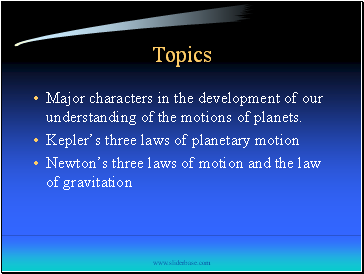 Major characters in the development of our understanding of the motions of planets.

Newton’s three laws of motion and the law of gravitation 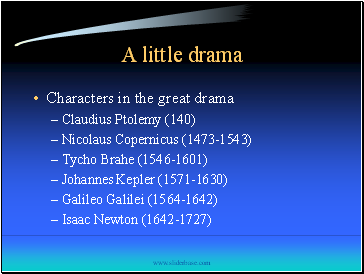 Characters in the great drama 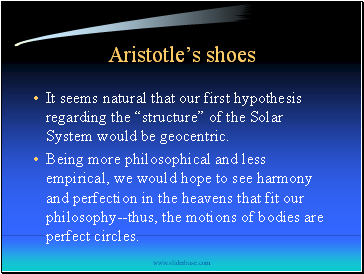 It seems natural that our first hypothesis regarding the “structure” of the Solar System would be geocentric.

Being more philosophical and less empirical, we would hope to see harmony and perfection in the heavens that fit our philosophy--thus, the motions of bodies are perfect circles. 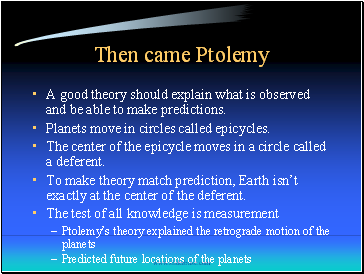 A good theory should explain what is observed and be able to make predictions.

The center of the epicycle moves in a circle called a deferent.

To make theory match prediction, Earth isn’t exactly at the center of the deferent.

The test of all knowledge is measurement

Ptolemy’s theory explained the retrograde motion of the planets

Predicted future locations of the planets 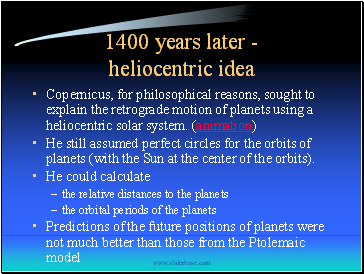 He still assumed perfect circles for the orbits of planets (with the Sun at the center of the orbits).

the relative distances to the planets

the orbital periods of the planets 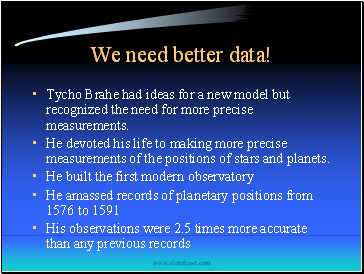 Tycho Brahe had ideas for a new model but recognized the need for more precise measurements.

He devoted his life to making more precise measurements of the positions of stars and planets.

He built the first modern observatory

He amassed records of planetary positions from 1576 to 1591

His observations were 2.5 times more accurate than any previous records 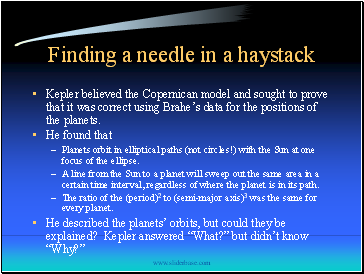 Finding a needle in a haystack