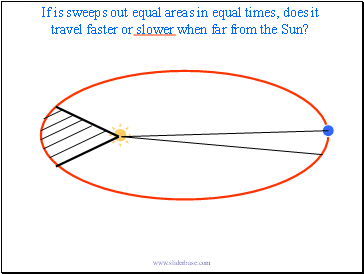 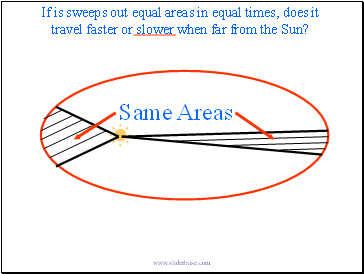 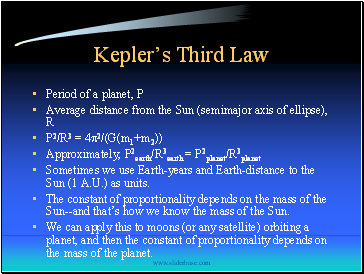 Period of a planet, P

Average distance from the Sun (semimajor axis of ellipse), R

Sometimes we use Earth-years and Earth-distance to the Sun (1 A.U.) as units.

We can apply this to moons (or any satellite) orbiting a planet, and then the constant of proportionality depends on the mass of the planet. 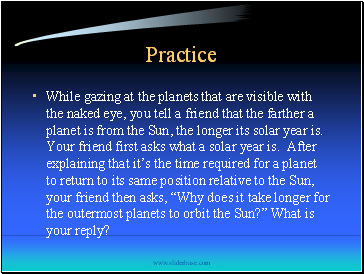 While gazing at the planets that are visible with the naked eye, you tell a friend that the farther a planet is from the Sun, the longer its solar year is. Your friend first asks what a solar year is. After explaining that it’s the time required for a planet to return to its same position relative to the Sun, your friend then asks, “Why does it take longer for the outermost planets to orbit the Sun?” What is your reply? 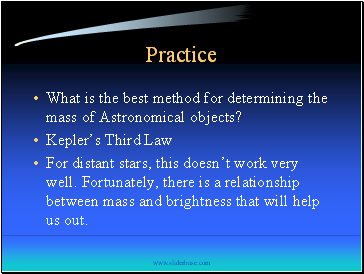 What is the best method for determining the mass of Astronomical objects?

For distant stars, this doesn’t work very well. Fortunately, there is a relationship between mass and brightness that will help us out. 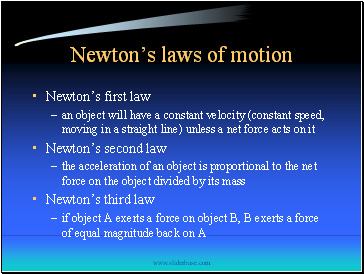 an object will have a constant velocity (constant speed, moving in a straight line) unless a net force acts on it 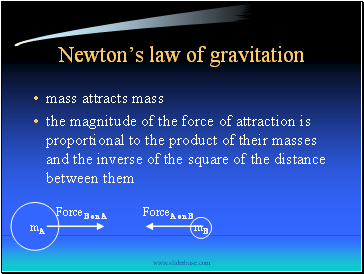 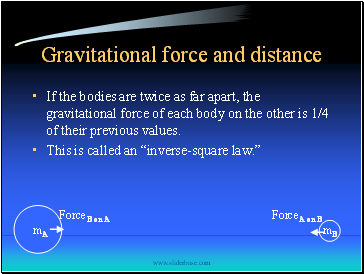 If the bodies are twice as far apart, the gravitational force of each body on the other is 1/4 of their previous values.