This is called an “inverse-square law.” 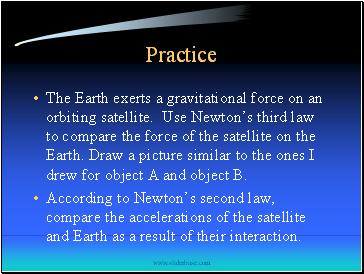 The Earth exerts a gravitational force on an orbiting satellite. Use Newton’s third law to compare the force of the satellite on the Earth. Draw a picture similar to the ones I drew for object A and object B.

According to Newton’s second law, compare the accelerations of the satellite and Earth as a result of their interaction. 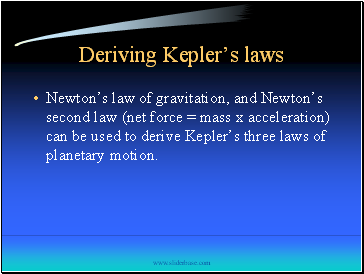 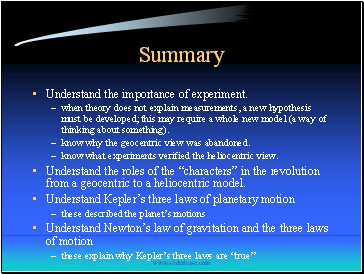 Understand the importance of experiment.

when theory does not explain measurements, a new hypothesis must be developed; this may require a whole new model (a way of thinking about something).

know why the geocentric view was abandoned.

Understand the roles of the “characters” in the revolution from a geocentric to a heliocentric model.

these described the planet’s motions

these explain why Kepler’s three laws are “true”