Kepler believed the Copernican model and sought to prove that it was correct using Brahe’s data for the positions of the planets.

Planets orbit in elliptical paths (not circles!) with the Sun at one focus of the ellipse.

A line from the Sun to a planet will sweep out the same area in a certain time interval, regardless of where the planet is in its path.

The ratio of the (period)2 to (semi-major axis)3 was the same for every planet.

He described the planets’ orbits, but could they be explained? Kepler answered “What?” but didn’t know “Why?” 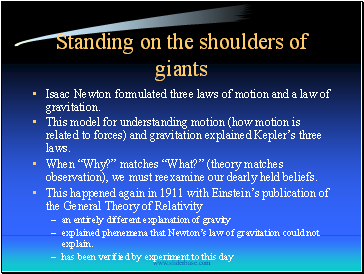 Standing on the shoulders of giants

Isaac Newton formulated three laws of motion and a law of gravitation.

This model for understanding motion (how motion is related to forces) and gravitation explained Kepler’s three laws.

When “Why?” matches “What?” (theory matches observation), we must reexamine our dearly held beliefs.

an entirely different explanation of gravity

explained phenemena that Newton’s law of gravitation could not explain.

has been verified by experiment to this day 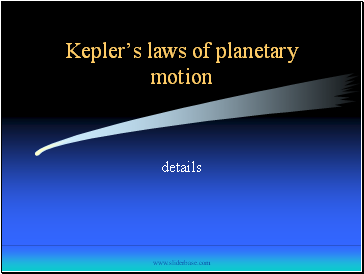 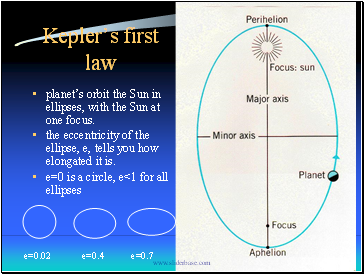 planet’s orbit the Sun in ellipses, with the Sun at one focus.

the eccentricity of the ellipse, e, tells you how elongated it is. 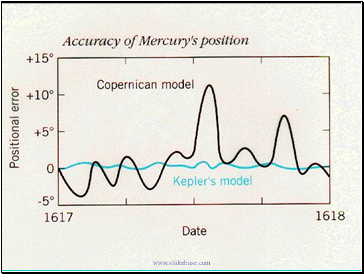 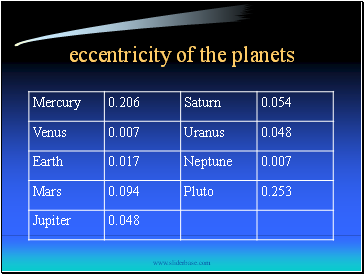 eccentricity of the planets 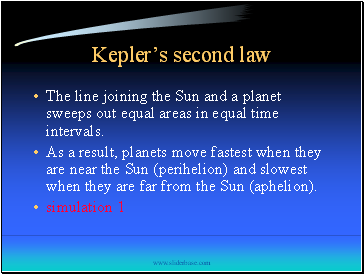 The line joining the Sun and a planet sweeps out equal areas in equal time intervals. 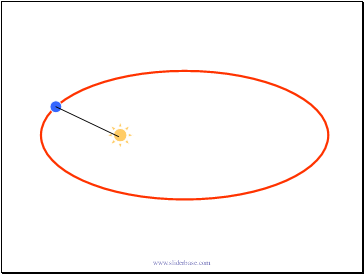 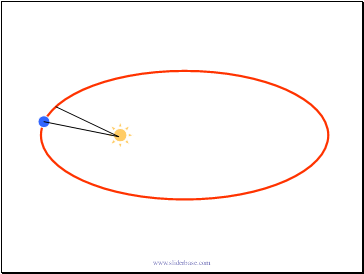 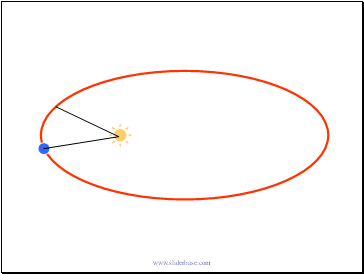 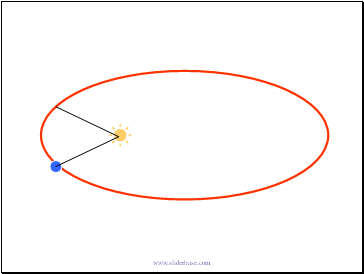 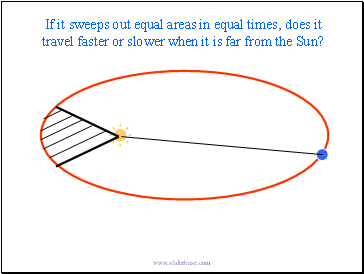 If it sweeps out equal areas in equal times, does it travel faster or slower when it is far from the Sun?