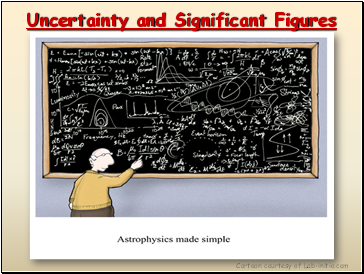 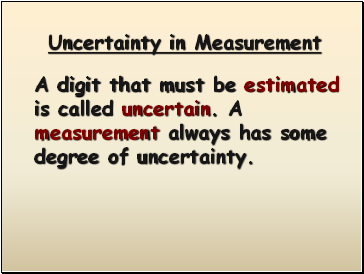 A digit that must be estimated is called uncertain. A measurement always has some degree of uncertainty. 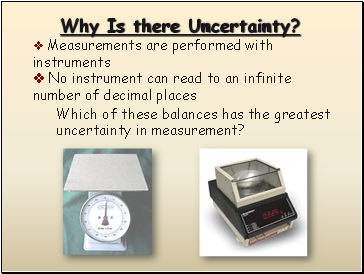 Why Is there Uncertainty?

Measurements are performed with instruments

No instrument can read to an infinite number of decimal places

Which of these balances has the greatest uncertainty in measurement? 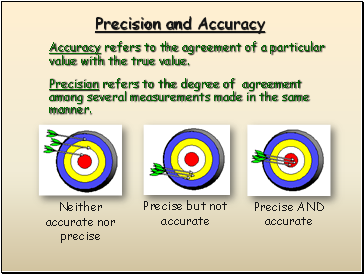 Accuracy refers to the agreement of a particular value with the true value.

Precision refers to the degree of agreement among several measurements made in the same manner.

Neither accurate nor precise

Precise but not accurate 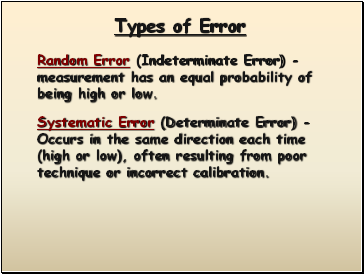 Random Error (Indeterminate Error) - measurement has an equal probability of being high or low. 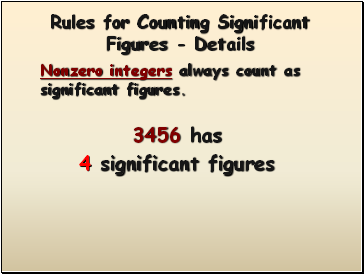 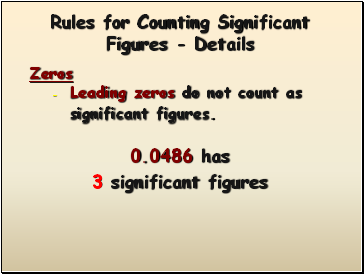 - Leading zeros do not count as 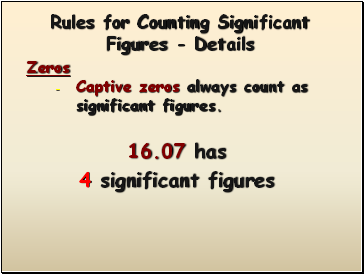 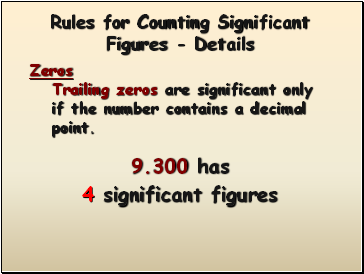 Trailing zeros are significant only if the number contains a decimal point. 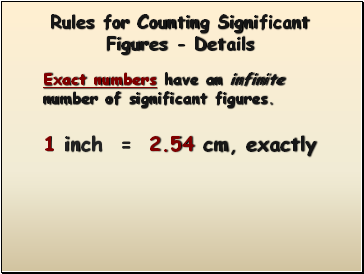 Exact numbers have an infinite number of significant figures. 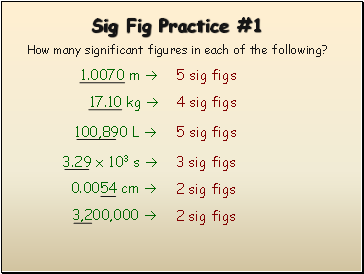