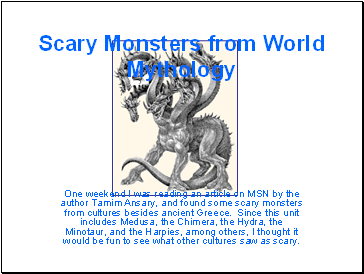 One weekend I was reading an article on MSN by the author Tamim Ansary, and found some scary monsters from cultures besides ancient Greece. Since this unit includes Medusa, the Chimera, the Hydra, the Minotaur, and the Harpies, among others, I thought it would be fun to see what other cultures saw as scary. 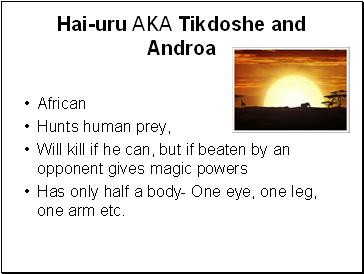 Will kill if he can, but if beaten by an opponent gives magic powers

Has only half a body- One eye, one leg, one arm etc. 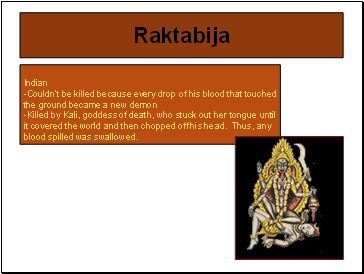 -Killed by Kali, goddess of death, who stuck out her tongue until it covered the world and then chopped off his head. Thus, any blood spilled was swallowed. 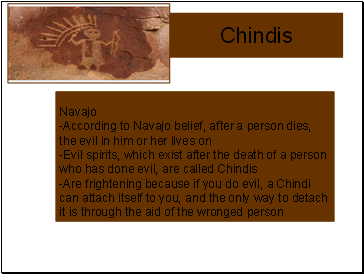 -According to Navajo belief, after a person dies, the evil in him or her lives on

-Evil spirits, which exist after the death of a person who has done evil, are called Chindis

-Are frightening because if you do evil, a Chindi can attach itself to you, and the only way to detach it is through the aid of the wronged person 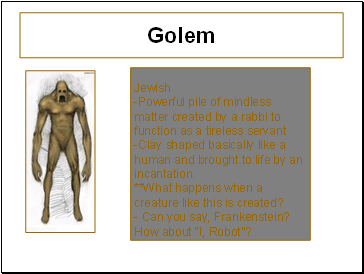 -Clay shaped basically like a human and brought to life by an incantation.

**What happens when a creature like this is created?

- Can you say, Frankenstein? How about “I, Robot”? 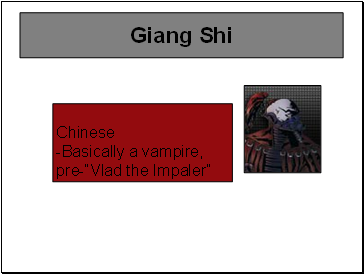 -Basically a vampire, pre-“Vlad the Impaler” 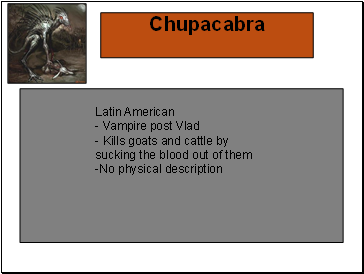 - Kills goats and cattle by sucking the blood out of them 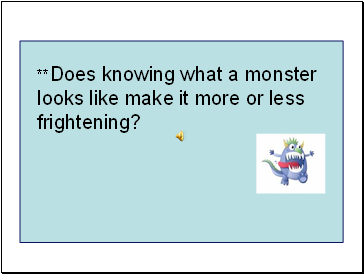 **Does knowing what a monster looks like make it more or less frightening? 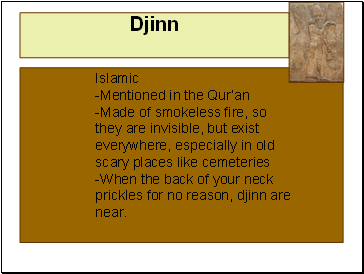 -Mentioned in the Qur’an

-Made of smokeless fire, so they are invisible, but exist everywhere, especially in old scary places like cemeteries

-When the back of your neck prickles for no reason, djinn are near.