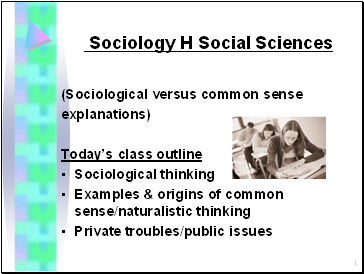 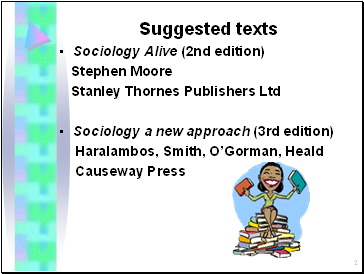 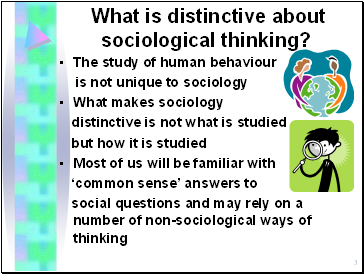 What is distinctive about sociological thinking?

The study of human behaviour

is not unique to sociology

distinctive is not what is studied

but how it is studied

Most of us will be familiar with 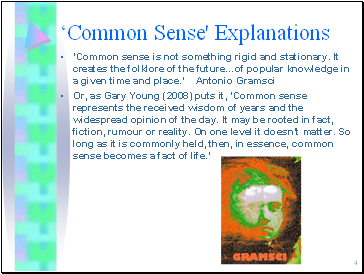 ‘Common sense is not something rigid and stationary. It creates the folklore of the future…of popular knowledge in a given time and place.’ Antonio Gramsci

Or, as Gary Young (2008) puts it, ‘Common sense represents the received wisdom of years and the widespread opinion of the day. It may be rooted in fact, fiction, rumour or reality. On one level it doesn’t matter. So long as it is commonly held, then, in essence, common sense becomes a fact of life.’ 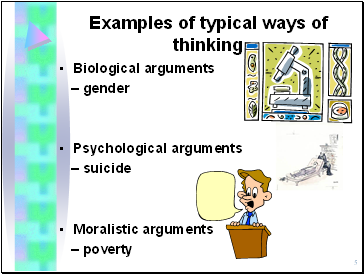 Examples of typical ways of thinking 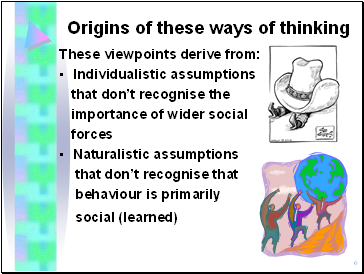 These viewpoints derive from:

that don’t recognise the

that don’t recognise that 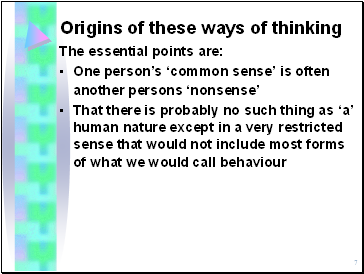 The essential points are:

One person’s ‘common sense’ is often another persons ‘nonsense’ 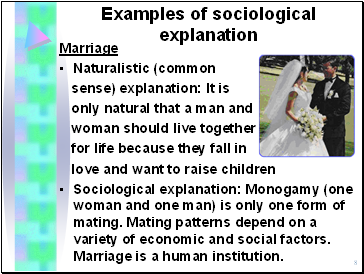