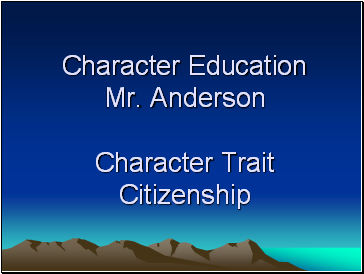 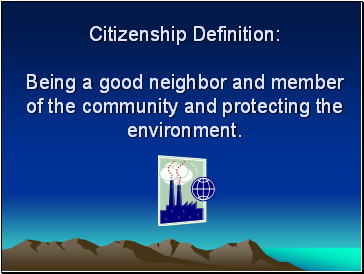 Being a good neighbor and member of the community and protecting the environment. 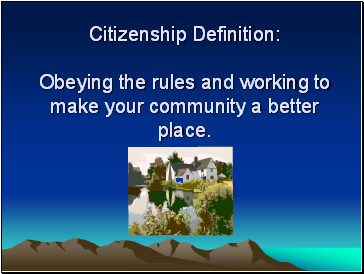 Citizenship Definition: Obeying the rules and working to make your community a better place. 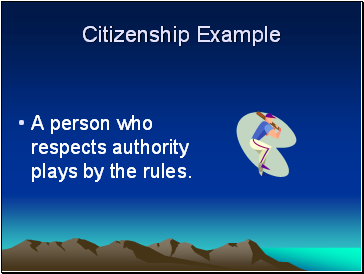 A person who respects authority plays by the rules. 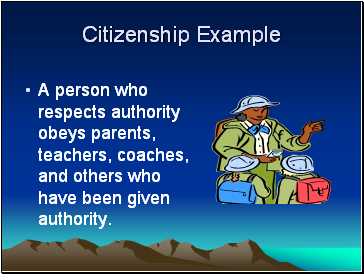 A person who respects authority obeys parents, teachers, coaches, and others who have been given authority. 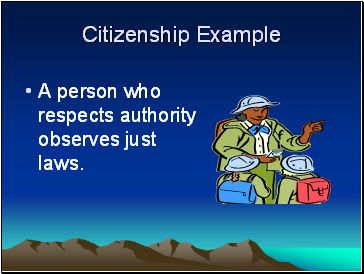 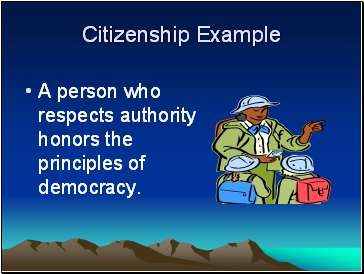 A person who respects authority honors the principles of democracy. 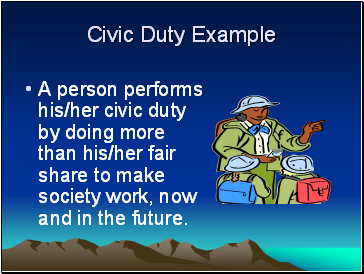 A person performs his/her civic duty by doing more than his/her fair share to make society work, now and in the future. 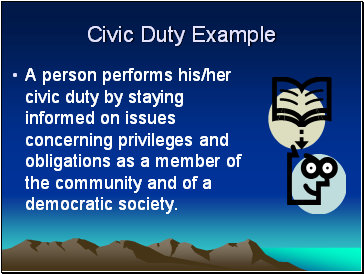 A person performs his/her civic duty by staying informed on issues concerning privileges and obligations as a member of the community and of a democratic society. 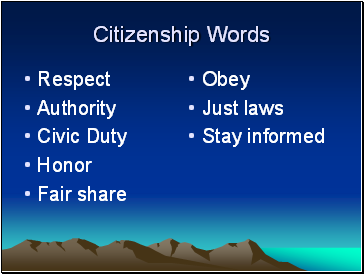 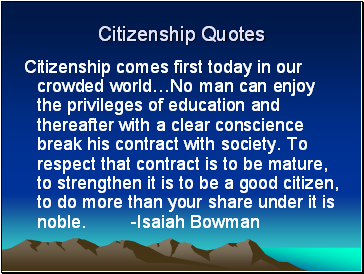 Citizenship comes first today in our crowded world…No man can enjoy the privileges of education and thereafter with a clear conscience break his contract with society. To respect that contract is to be mature, to strengthen it is to be a good citizen, to do more than your share under it is noble. -Isaiah Bowman 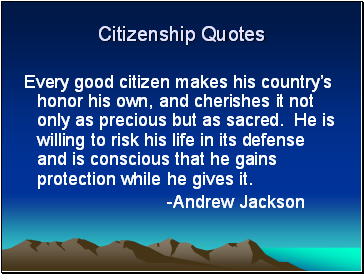 Every good citizen makes his country’s honor his own, and cherishes it not only as precious but as sacred. He is willing to risk his life in its defense and is conscious that he gains protection while he gives it.