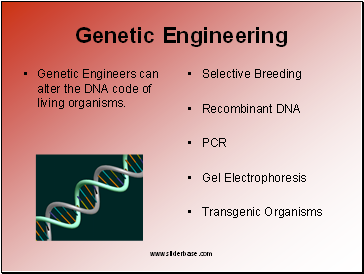 Genetic Engineers can alter the DNA code of living organisms. 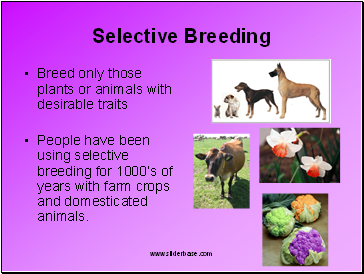 Breed only those plants or animals with desirable traits

People have been using selective breeding for 1000’s of years with farm crops and domesticated animals. 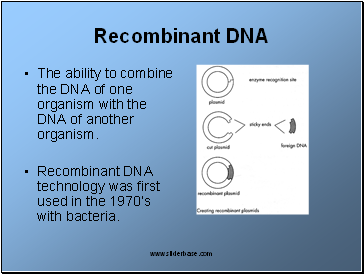 The ability to combine the DNA of one organism with the DNA of another organism.

Recombinant DNA technology was first used in the 1970’s with bacteria. 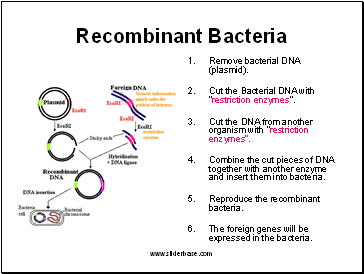 Cut the DNA from another organism with “restriction enzymes”.

Combine the cut pieces of DNA together with another enzyme and insert them into bacteria.

The foreign genes will be expressed in the bacteria. 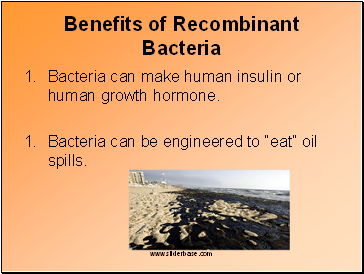 Bacteria can be engineered to “eat” oil spills. 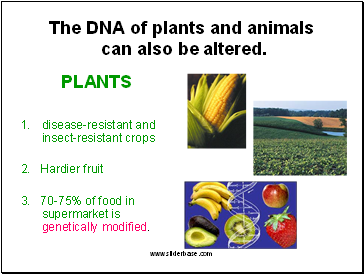 The DNA of plants and animals can also be altered.

3. 70-75% of food in supermarket is genetically modified. 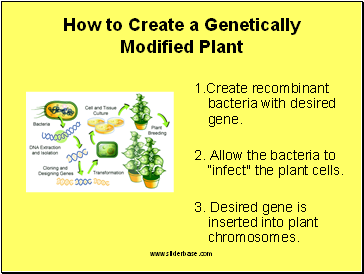 How to Create a Genetically Modified Plant

2. Allow the bacteria to “infect" the plant cells. 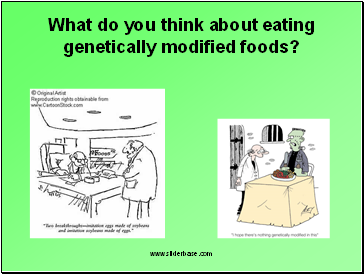 What do you think about eating genetically modified foods? 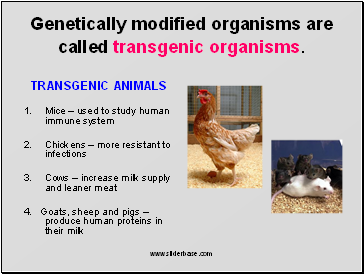 4. Goats, sheep and pigs – produce human proteins in their milk 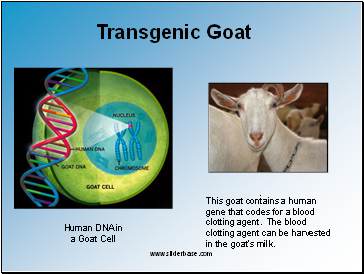 Human DNA in a Goat Cell