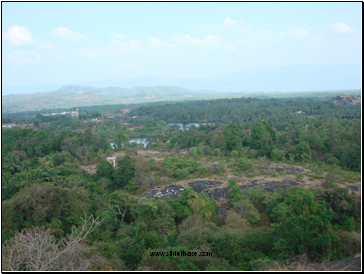 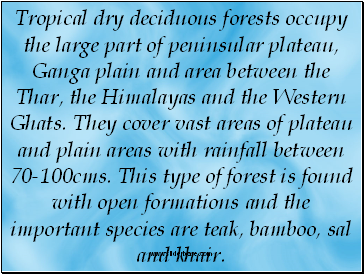 Tropical dry deciduous forests occupy the large part of peninsular plateau, Ganga plain and area between the Thar, the Himalayas and the Western Ghats. They cover vast areas of plateau and plain areas with rainfall between 70-100cms. This type of forest is found with open formations and the important species are teak, bamboo, sal and khair. 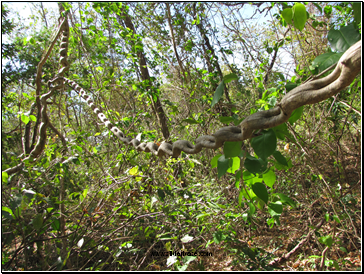 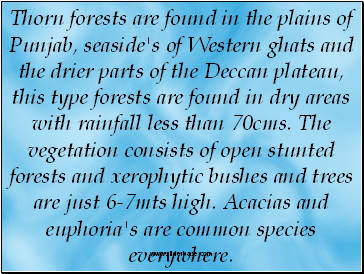 Thorn forests are found in the plains of Punjab, seaside's of Western ghats and the drier parts of the Deccan plateau, this type forests are found in dry areas with rainfall less than 70cms. The vegetation consists of open stunted forests and xerophytic bushes and trees are just 6-7mts high. Acacias and euphoria's are common species everywhere. 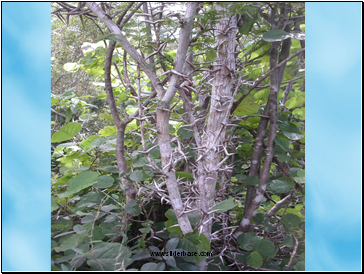 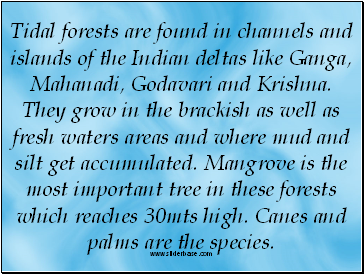 Tidal forests are found in channels and islands of the Indian deltas like Ganga, Mahanadi, Godavari and Krishna. They grow in the brackish as well as fresh waters areas and where mud and silt get accumulated. Mangrove is the most important tree in these forests which reaches 30mts high. Canes and palms are the species. 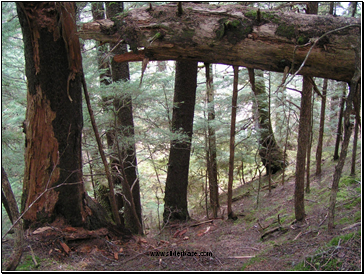 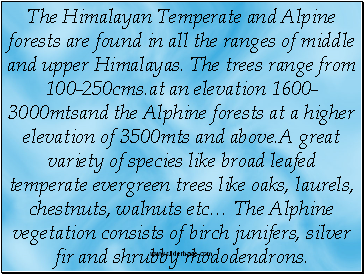 The Himalayan Temperate and Alpine forests are found in all the ranges of middle and upper Himalayas. The trees range from 100-250cms.at an elevation 1600-3000mtsand the Alphine forests at a higher elevation of 3500mts and above.A great variety of species like broad leafed temperate evergreen trees like oaks, laurels, chestnuts, walnuts etc… The Alphine vegetation consists of birch junifers, silver fir and shrubby rhododendrons. 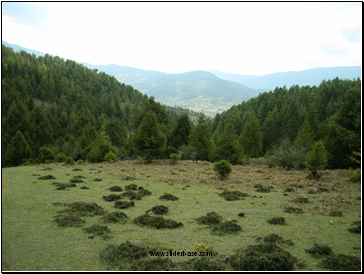 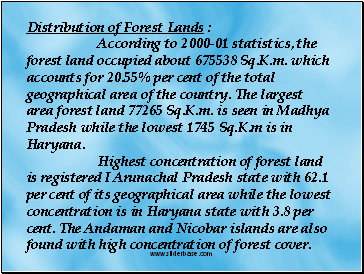