Atomic Structure. What are the 3 major parts of an atom
Page
2

Presentations / Chemistry / Atomic Structure. What are the 3 major parts of an atom 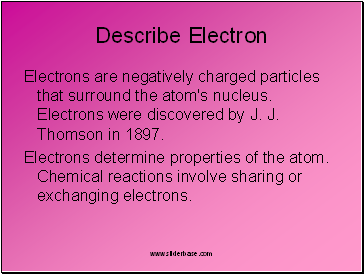 Electrons are negatively charged particles that surround the atom's nucleus. Electrons were discovered by J. J. Thomson in 1897. 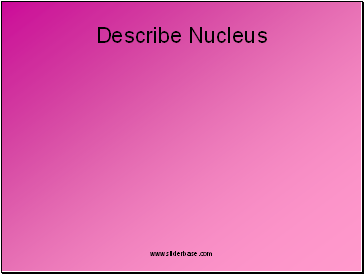 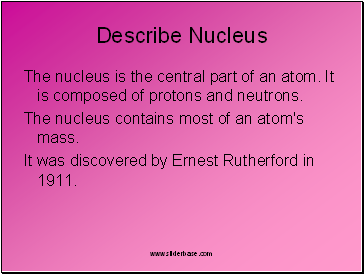 The nucleus is the central part of an atom. It is composed of protons and neutrons.

The nucleus contains most of an atom's mass.

It was discovered by Ernest Rutherford in 1911. 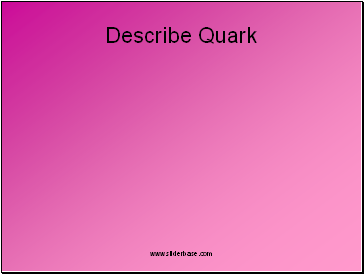 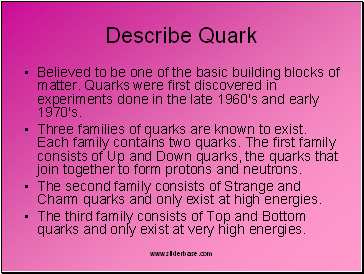 Believed to be one of the basic building blocks of matter. Quarks were first discovered in experiments done in the late 1960's and early 1970's.

Three families of quarks are known to exist. Each family contains two quarks. The first family consists of Up and Down quarks, the quarks that join together to form protons and neutrons.

The second family consists of Strange and Charm quarks and only exist at high energies.

The third family consists of Top and Bottom quarks and only exist at very high energies. 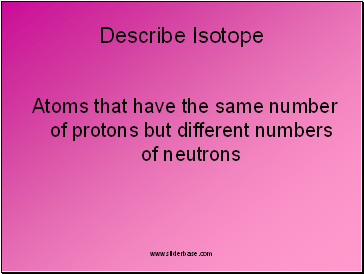 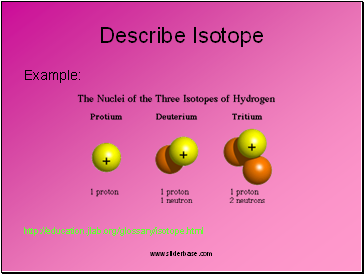 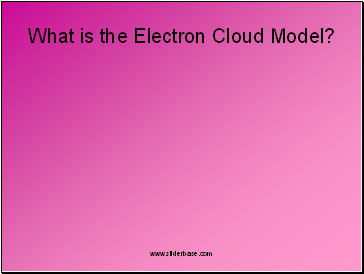 What is the Electron Cloud Model? 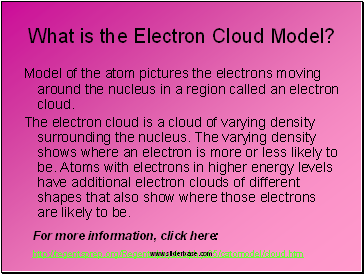 What is the Electron Cloud Model?

Model of the atom pictures the electrons moving around the nucleus in a region called an electron cloud. 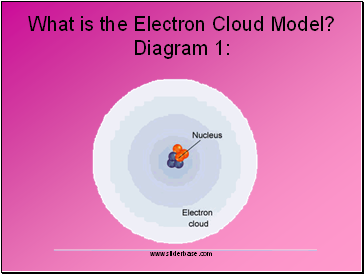 What is the Electron Cloud Model? Diagram 1: 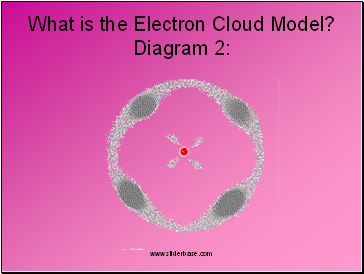