Changing the subscripts changes the compound. Subscripts are determined by the valence electrons (charges for ionic or sharing for covalent) 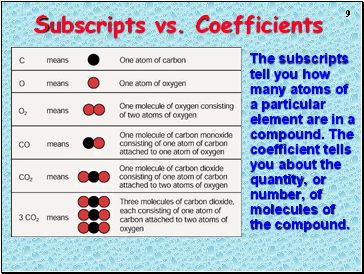 The subscripts tell you how many atoms of a particular element are in a compound. The coefficient tells you about the quantity, or number, of molecules of the compound. 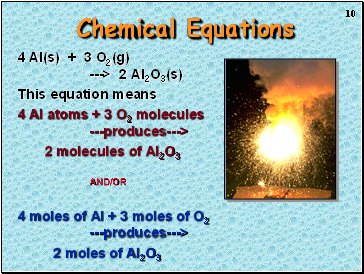 2 molecules of Al2O3 AND/OR 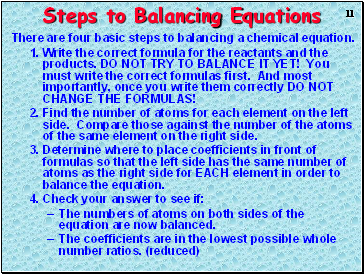 There are four basic steps to balancing a chemical equation.

Determine where to place coefficients in front of formulas so that the left side has the same number of atoms as the right side for EACH element in order to balance the equation.

Check your answer to see if:

The numbers of atoms on both sides of the equation are now balanced.

The coefficients are in the lowest possible whole number ratios. (reduced) 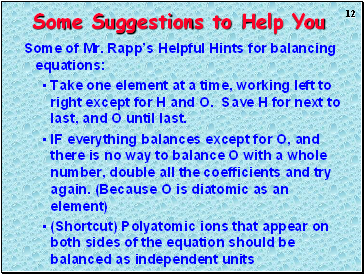 Some Suggestions to Help You

Some of Mr. Rapp’s Helpful Hints for balancing equations:

Take one element at a time, working left to right except for H and O. Save H for next to last, and O until last.

IF everything balances except for O, and there is no way to balance O with a whole number, double all the coefficients and try again. (Because O is diatomic as an element) 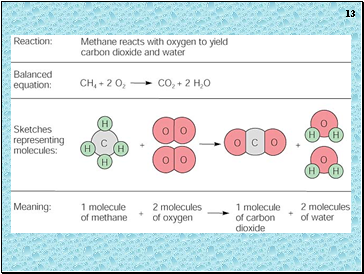 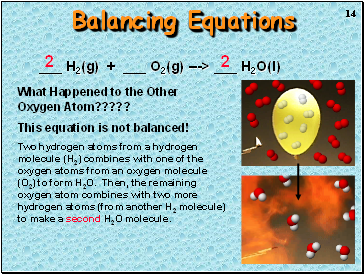 What Happened to the Other Oxygen Atom?????

This equation is not balanced! 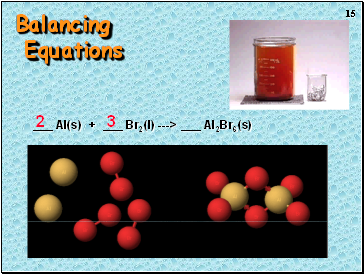