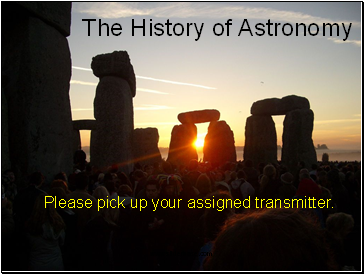 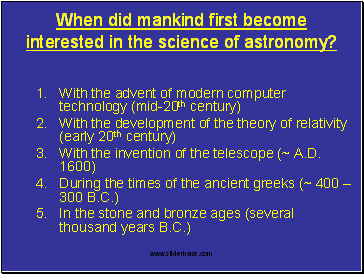 • When did mankind first become interested in the science of astronomy? With the advent of modern computer technology (mid-20th century)

• With the development of the theory of relativity (early 20th century)

• In the stone and bronze ages (several thousand years B.C.) 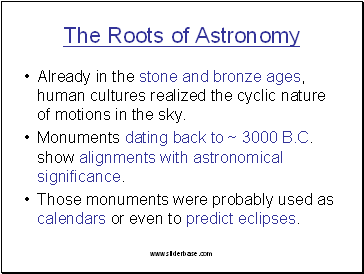 Monuments dating back to ~ 3000 B.C. show alignments with astronomical significance. 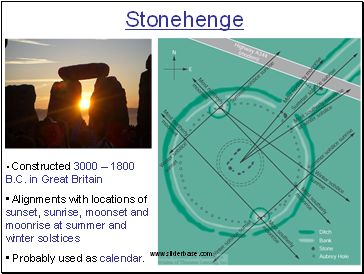 • Alignments with locations of sunset, sunrise, moonset and moonrise at summer and winter solstices 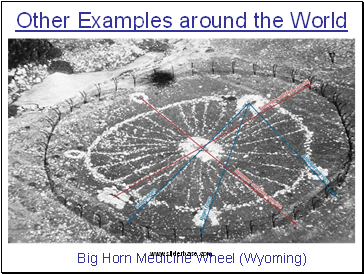 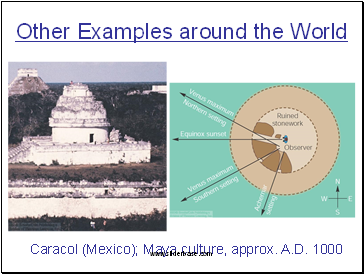 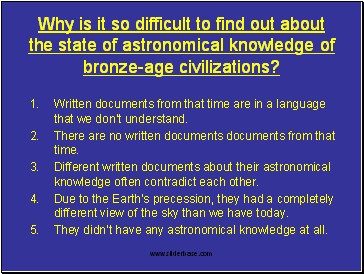 • Why is it so difficult to find out about the state of astronomical knowledge of bronze-age civilizations? Written documents from that time are in a language that we don’t understand.

• There are no written documents documents from that time.

• Different written documents about their astronomical knowledge often contradict each other.

• Due to the Earth’s precession, they had a completely different view of the sky than we have today.

• They didn’t have any astronomical knowledge at all. 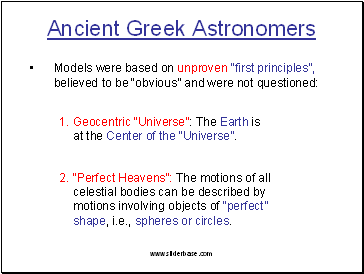 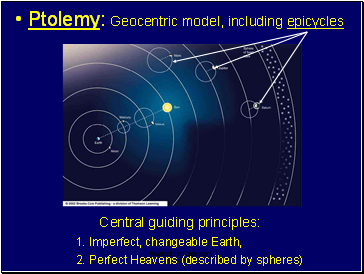 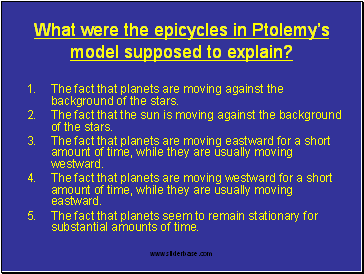 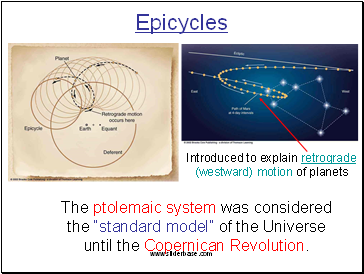 Introduced to explain retrograde (westward) motion of planets The ptolemaic system was considered the “standard model” of the Universe until the Copernican Revolution
Go to page:
1  2  3  4