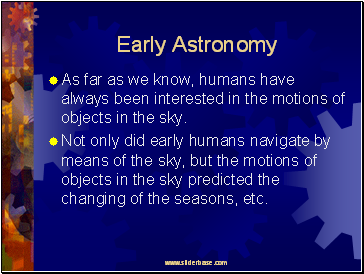 As far as we know, humans have always been interested in the motions of objects in the sky.

Not only did early humans navigate by means of the sky, but the motions of objects in the sky predicted the changing of the seasons, etc. 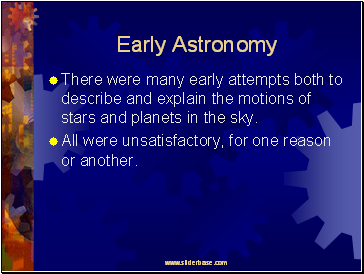 There were many early attempts both to describe and explain the motions of stars and planets in the sky.

All were unsatisfactory, for one reason or another. 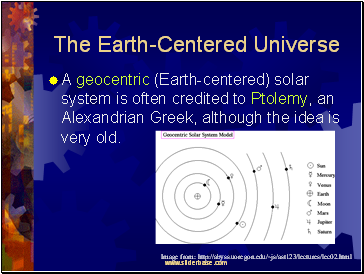 A geocentric (Earth-centered) solar system is often credited to Ptolemy, an Alexandrian Greek, although the idea is very old. 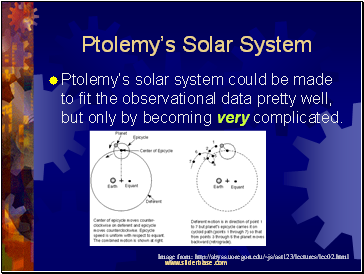 Ptolemy’s solar system could be made to fit the observational data pretty well, but only by becoming very complicated. 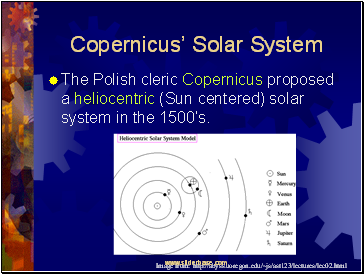 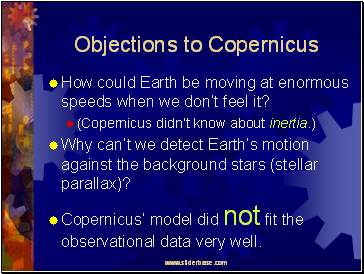 How could Earth be moving at enormous speeds when we don’t feel it?

Why can’t we detect Earth’s motion against the background stars (stellar parallax)?

Copernicus’ model did not fit the observational data very well. 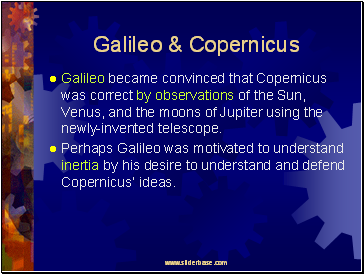 Galileo became convinced that Copernicus was correct by observations of the Sun, Venus, and the moons of Jupiter using the newly-invented telescope. 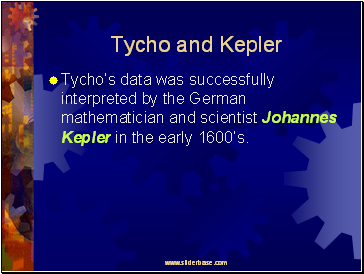 Tycho’s data was successfully interpreted by the German mathematician and scientist Johannes Kepler in the early 1600’s.