How Are Images of the Sun Taken
Page
2

This is the part of the sun we see

a part of the Sun’s atmosphere

This is a bright halo around the Sun 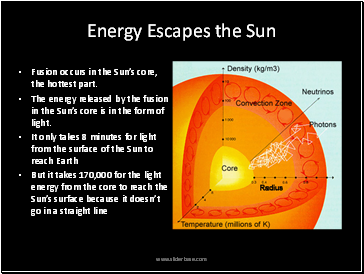 Fusion occurs in the Sun’s core, the hottest part.

The energy released by the fusion in the Sun’s core is in the form of light.

But it takes 170,000 for the light energy from the core to reach the Sun’s surface because it doesn’t go in a straight line 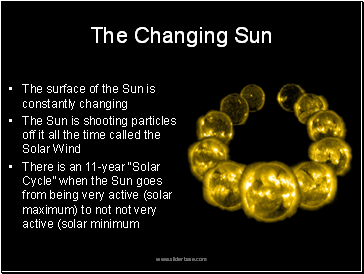 The surface of the Sun is constantly changing 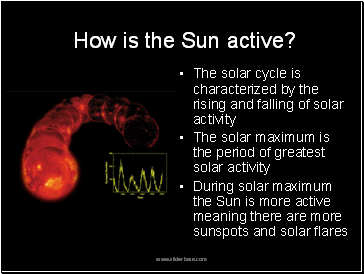 How is the Sun active?

The solar maximum is the period of greatest solar activity 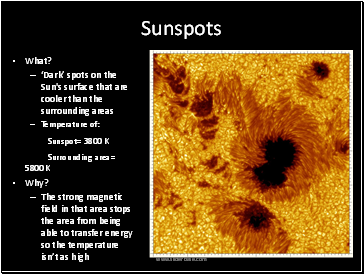 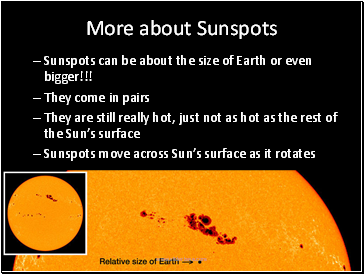 Sunspots can be about the size of Earth or even bigger!!!

They come in pairs

They are still really hot, just not as hot as the rest of the Sun’s surface

Sunspots move across Sun’s surface as it rotates_ 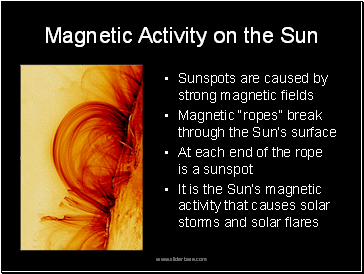 Magnetic Activity on the Sun

At each end of the rope is a sunspot 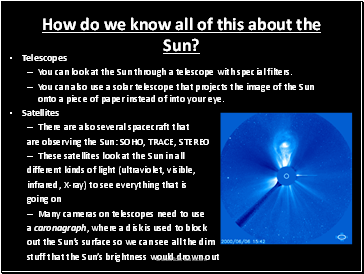 How do we know all of this about the Sun?

You can look at the Sun through a telescope with special filters.

You can also use a solar telescope that projects the image of the Sun onto a piece of paper instead of into your eye.

There are also several spacecraft that