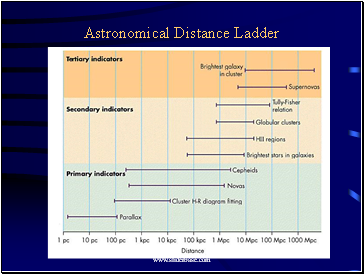 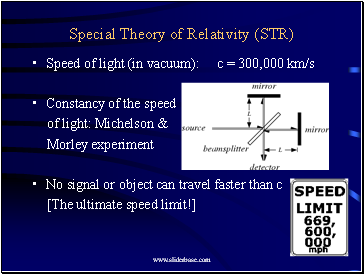 Constancy of the speed

No signal or object can travel faster than c 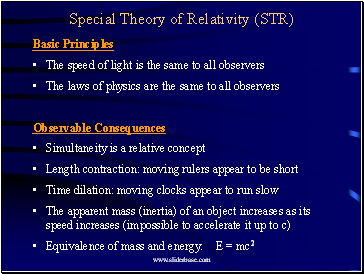 The speed of light is the same to all observers

The laws of physics are the same to all observers

Simultaneity is a relative concept 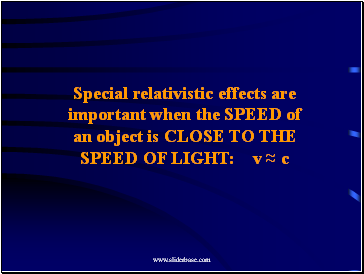 Special relativistic effects are important when the SPEED of an object is CLOSE TO THE SPEED OF LIGHT: v ≈ c 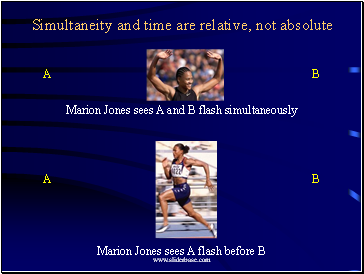 Simultaneity and time are relative, not absolute

Marion Jones sees A flash before B

Marion Jones sees A and B flash simultaneously 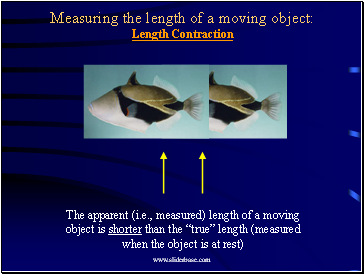 Measuring the length of a moving object: Length Contraction

The apparent (i.e., measured) length of a moving object is shorter than the “true” length (measured when the object is at rest) 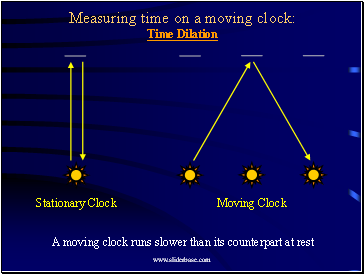 A moving clock runs slower than its counterpart at rest 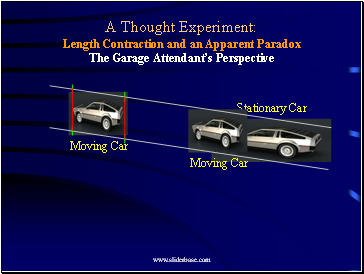 A Thought Experiment: Length Contraction and an Apparent Paradox The Garage Attendant’s Perspective 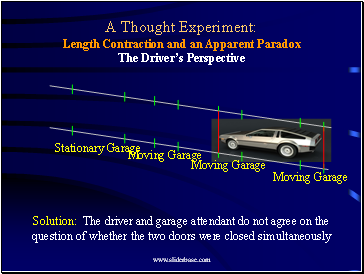 Solution: The driver and garage attendant do not agree on the question of whether the two doors were closed simultaneously

A Thought Experiment: Length Contraction and an Apparent Paradox The Driver’s Perspective 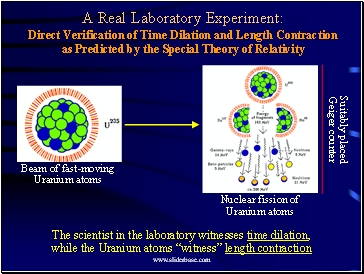 The scientist in the laboratory witnesses time dilation,

A Real Laboratory Experiment: Direct Verification of Time Dilation and Length Contraction as Predicted by the Special Theory of Relativity