It revolves around sun, due to its tilt ,seasons are created.

Due to gravity, the layer of gases remain attached to it (which is known as atmosphere), it prevents too much heat or UV rays from Sun reaching earth.

Moon is the only satellite of the Earth. 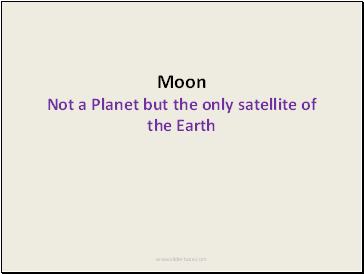 Moon Not a Planet but the only satellite of the Earth 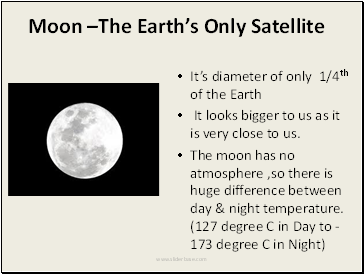 It’s diameter of only 1/4th of the Earth

It looks bigger to us as it is very close to us.

The moon has no atmosphere ,so there is huge difference between day & night temperature. (127 degree C in Day to -173 degree C in Night) 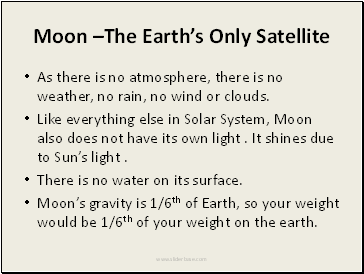 Like everything else in Solar System, Moon also does not have its own light . It shines due to Sun’s light .

There is no water on its surface. 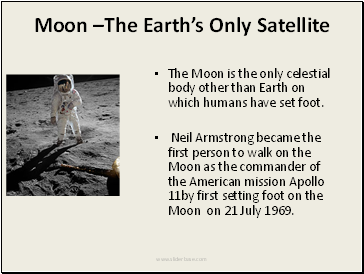 The Moon is the only celestial body other than Earth on which humans have set foot.

Neil Armstrong became the first person to walk on the Moon as the commander of the American mission Apollo 11by first setting foot on the Moon on 21 July 1969. 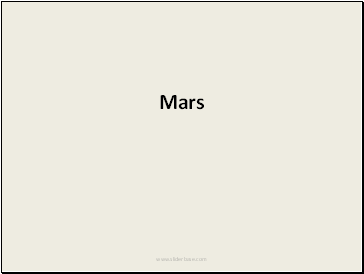 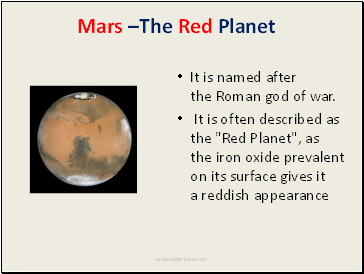 It is named after the Roman god of war.

It is often described as the "Red Planet", as the iron oxide prevalent on its surface gives it a reddish appearance 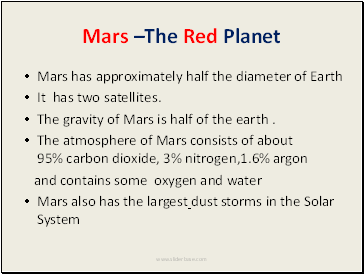 Mars has approximately half the diameter of Earth

It has two satellites.

The gravity of Mars is half of the earth .

The atmosphere of Mars consists of about 95% carbon dioxide, 3% nitrogen,1.6% argon

and contains some oxygen and water

Mars also has the largest dust storms in the Solar System 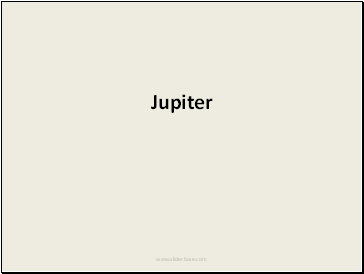 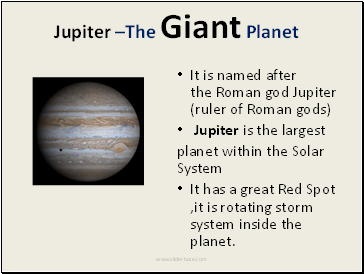 Jupiter is the largest

planet within the Solar System

It has a great Red Spot ,it is rotating storm system inside the planet.