The History of Astronomy
Page
2

The cycle repeats until all the charges are read

Readout times can be as long as a few minutes 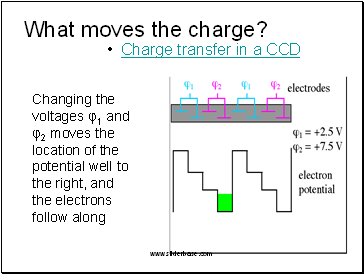 What moves the charge?

Charge transfer in a CCD

Changing the voltages φ1 and φ2 moves the location of the potential well to the right, and the electrons follow along 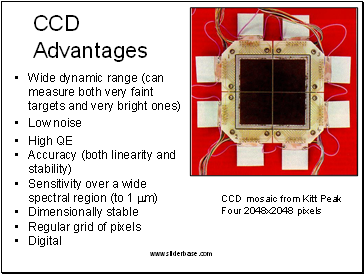 Accuracy (both linearity and stability)

Sensitivity over a wide spectral region (to 1 mm) 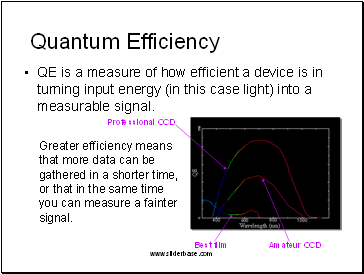 QE is a measure of how efficient a device is in turning input energy (in this case light) into a measurable signal.

Greater efficiency means that more data can be gathered in a shorter time, or that in the same time you can measure a fainter signal. 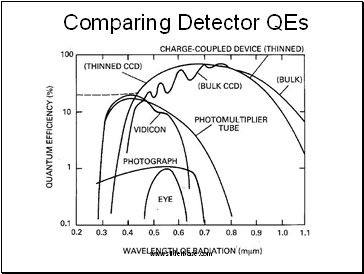 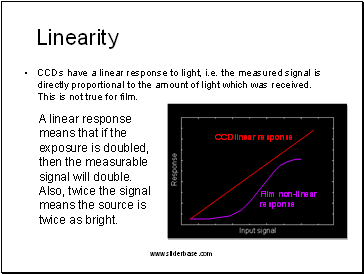 CCDs have a linear response to light, i.e. the measured signal is directly proportional to the amount of light which was received. This is not true for film.

A linear response means that if the exposure is doubled, then the measurable signal will double. Also, twice the signal means the source is twice as bright. 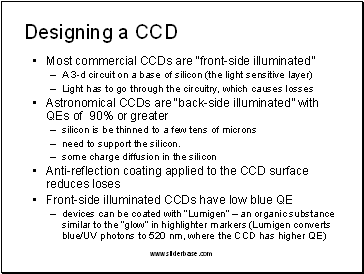 Most commercial CCDs are “front-side illuminated”

Light has to go through the circuitry, which causes losses

silicon is be thinned to a few tens of microns

need to support the silicon.

some charge diffusion in the silicon

devices can be coated with “Lumigen” – an organic substance similar to the “glow” in highlighter markers (Lumigen converts blue/UV photons to 520 nm, where the CCD has higher QE) 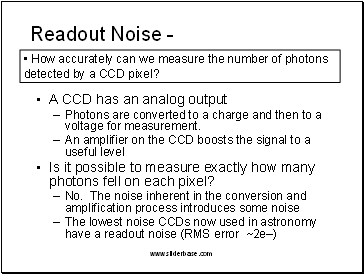 A CCD has an analog output