The History of Astronomy
Page
4

CCDs are sensitive to cosmic rays 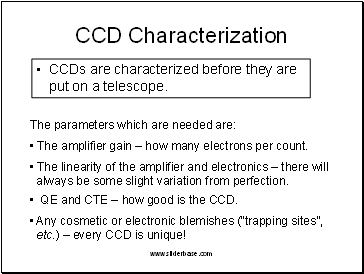 CCDs are characterized before they are put on a telescope.

The parameters which are needed are:

The amplifier gain – how many electrons per count.

The linearity of the amplifier and electronics – there will always be some slight variation from perfection.

Any cosmetic or electronic blemishes (“trapping sites”, etc.) – every CCD is unique! 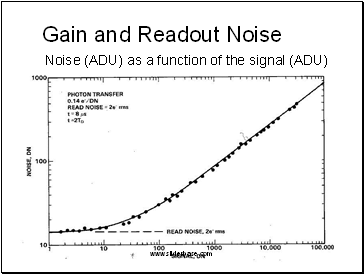 Noise (ADU) as a function of the signal (ADU) 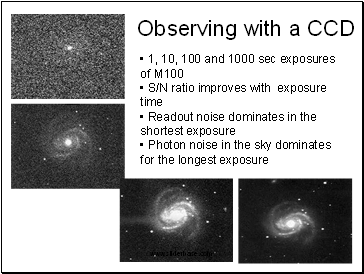 Observing with a CCD

Photon noise in the sky dominates for the longest exposure 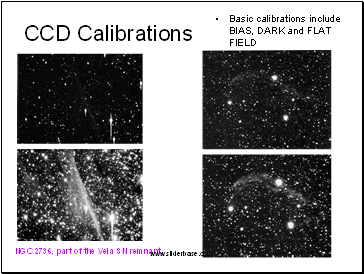 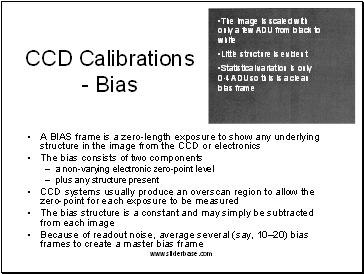 The bias consists of two components

plus any structure present 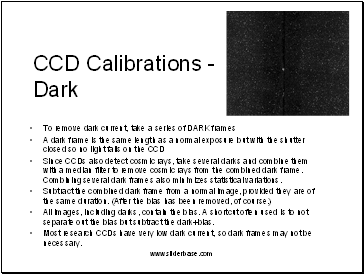 To remove dark current, take a series of DARK frames

Subtract the combined dark frame from a normal image, provided they are of the same duration. (After the bias has been removed, of course.)

All images, including darks, contain the bias. A shortcut often used is to not separate out the bias but subtract the dark+bias.