Tribune – was someone who fought for the rights of the poor but it was not a popular position to hold.

Jurisprudence – the theory and practice of law. Lawyers get a J.D. degree

3 Branches of Government: The Consul {civil and military} The Senate {advisory} and the Assembly {members of the army}

Veto concept was introduced by the Romans.

Twelve Tables was the law carved into bronze and displayed in the City Center.

Patricians were eligible to elect representatives to serve in one of the 3 branches. 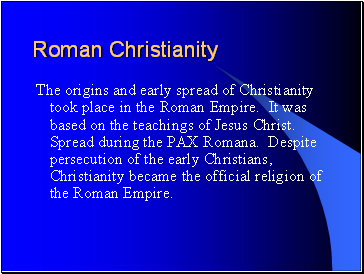 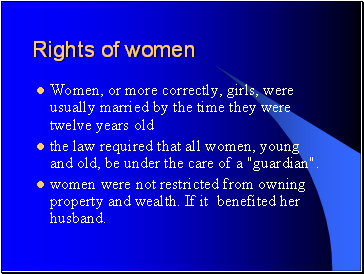 Women, or more correctly, girls, were usually married by the time they were twelve years old

the law required that all women, young and old, be under the care of a "guardian".

women were not restricted from owning property and wealth. If it benefited her husband.