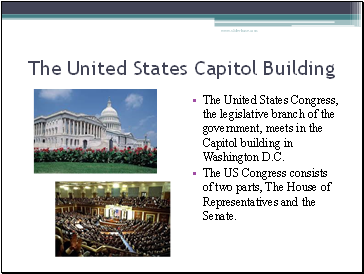 The United States Congress, the legislative branch of the government, meets in the Capitol building in Washington D.C.

The US Congress consists of two parts, The House of Representatives and the Senate. 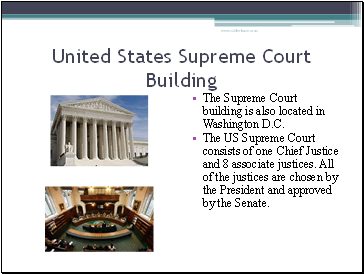 The Supreme Court building is also located in Washington D.C.

The US Supreme Court consists of one Chief Justice and 8 associate justices. All of the justices are chosen by the President and approved by the Senate. 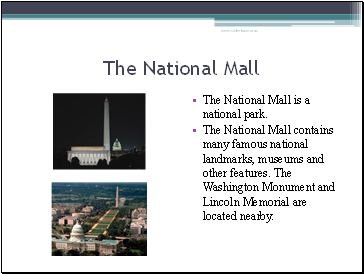 The National Mall is a national park.

The National Mall contains many famous national landmarks, museums and other features. The Washington Monument and Lincoln Memorial are located nearby. 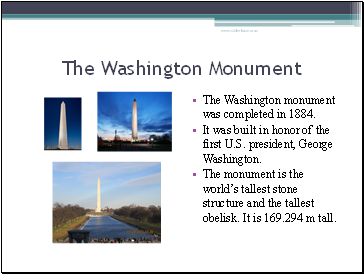 The Washington monument was completed in 1884.

It was built in honor of the first U.S. president, George Washington.

The monument is the world’s tallest stone structure and the tallest obelisk. It is 169.294 m tall. 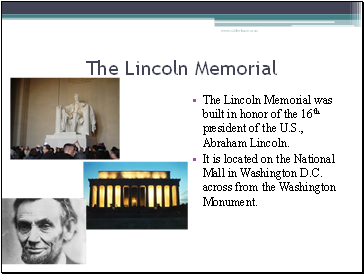 The Lincoln Memorial was built in honor of the 16th president of the U.S., Abraham Lincoln.

It is located on the National Mall in Washington D.C. across from the Washington Monument. 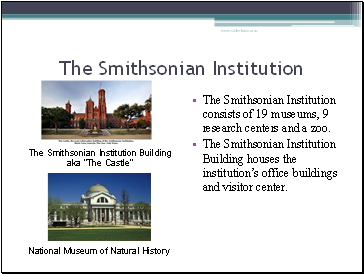 The Smithsonian Institution consists of 19 museums, 9 research centers and a zoo. 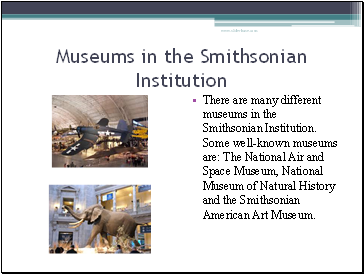 Museums in the Smithsonian Institution

There are many different museums in the Smithsonian Institution. Some well-known museums are: The National Air and Space Museum, National Museum of Natural History and the Smithsonian American Art Museum. 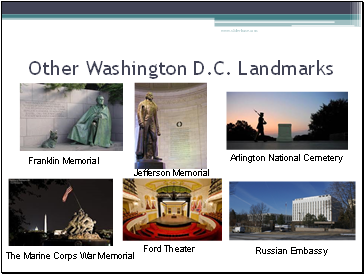