Boston was not the only city to have a “tea party.”

They took place in Charleston, New York, Annapolis, and others.

The burning of the Peggy Stewart in Annapolis. 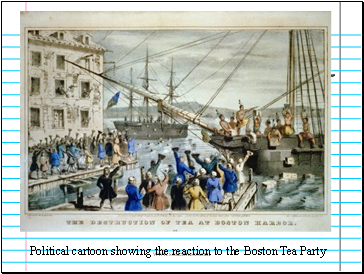 Political cartoon showing the reaction to the Boston Tea Party 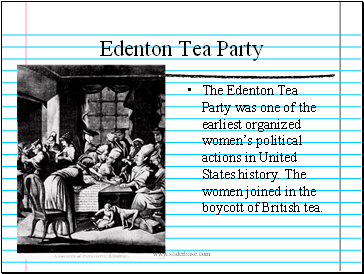 The Edenton Tea Party was one of the earliest organized women’s political actions in United States history. The women joined in the boycott of British tea. 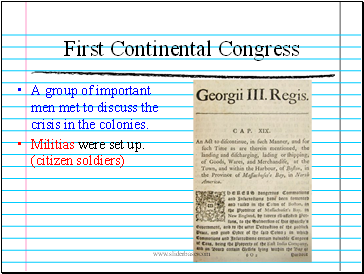 A group of important men met to discuss the crisis in the colonies.

Militias were set up. (citizen soldiers) 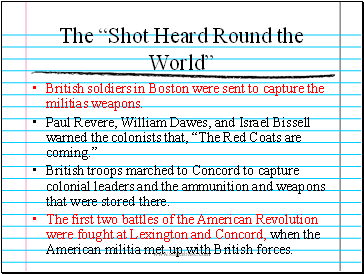 The “Shot Heard Round the World”

British soldiers in Boston were sent to capture the militias weapons.

Paul Revere, William Dawes, and Israel Bissell warned the colonists that, “The Red Coats are coming.”

British troops marched to Concord to capture colonial leaders and the ammunition and weapons that were stored there.

The first two battles of the American Revolution were fought at Lexington and Concord, when the American militia met up with British forces. 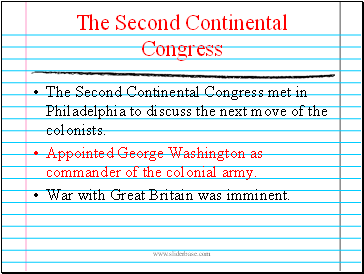 The Second Continental Congress met in Philadelphia to discuss the next move of the colonists.

Appointed George Washington as commander of the colonial army.

War with Great Britain was imminent. 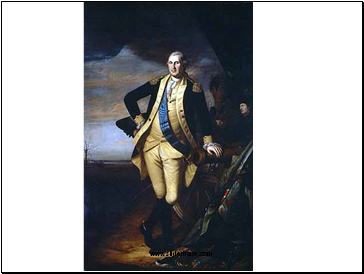 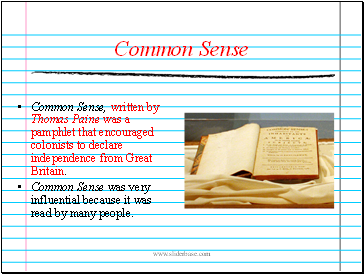 Common Sense, written by Thomas Paine was a pamphlet that encouraged colonists to declare independence from Great Britain.

Common Sense was very influential because it was read by many people. 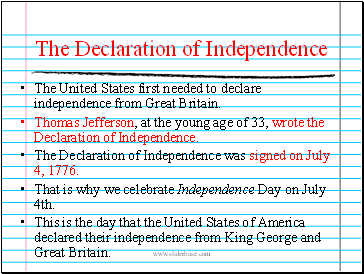 The Declaration of Independence

Thomas Jefferson, at the young age of 33, wrote the Declaration of Independence.

The Declaration of Independence was signed on July 4, 1776.

That is why we celebrate Independence Day on July 4th.

This is the day that the United States of America declared their independence from King George and Great Britain.