American political cartoon showing a man aiming a gun at a man representing colonial America; He tells a British member of Parliament, "I give you that man's money for my use", to which the American responds by saying, "I will not be robbed". Boston is burning in the background. 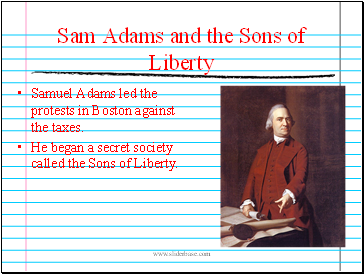 Sam Adams and the Sons of Liberty

Samuel Adams led the protests in Boston against the taxes.

He began a secret society called the Sons of Liberty. 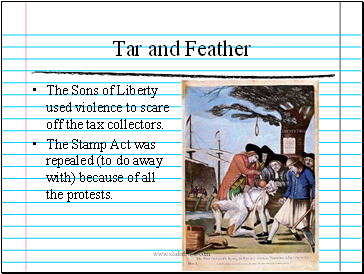 The Sons of Liberty used violence to scare off the tax collectors.

The Stamp Act was repealed (to do away with) because of all the protests. 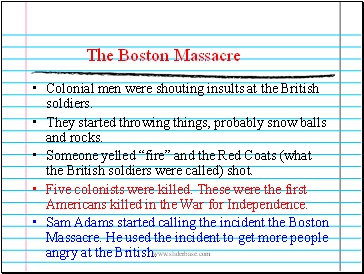 Colonial men were shouting insults at the British soldiers.

Someone yelled “fire” and the Red Coats (what the British soldiers were called) shot.

Five colonists were killed. These were the first Americans killed in the War for Independence. 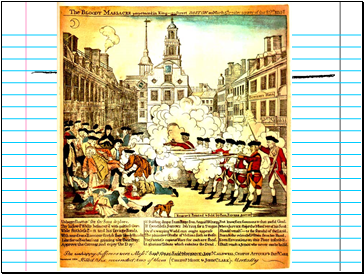 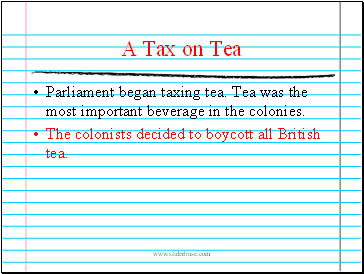 A Tax on Tea

Parliament began taxing tea. Tea was the most important beverage in the colonies.

The colonists decided to boycott all British tea. 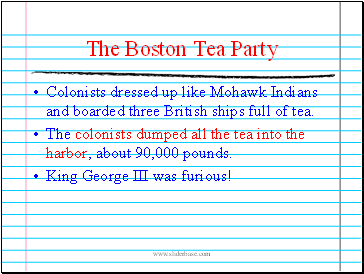 The colonists dumped all the tea into the harbor, about 90,000 pounds. 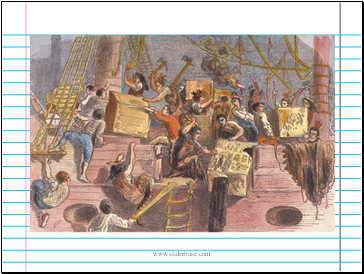 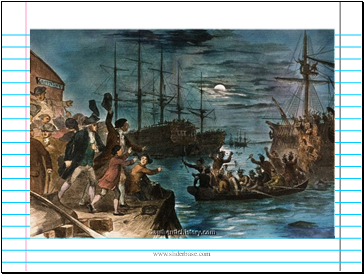 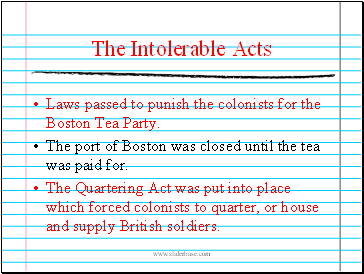 Laws passed to punish the colonists for the Boston Tea Party.

The port of Boston was closed until the tea was paid for.

The Quartering Act was put into place which forced colonists to quarter, or house and supply British soldiers. 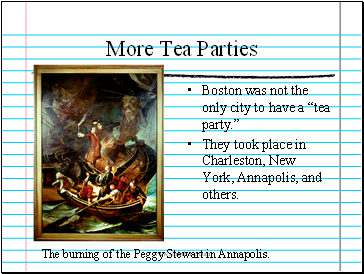