The use of interchangeable parts speeded up production, made repairs easier, and allowed the use of lower-paid, less skilled workers. 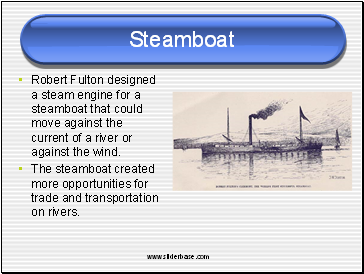 Robert Fulton designed a steam engine for a steamboat that could move against the current of a river or against the wind.

The steamboat created more opportunities for trade and transportation on rivers. 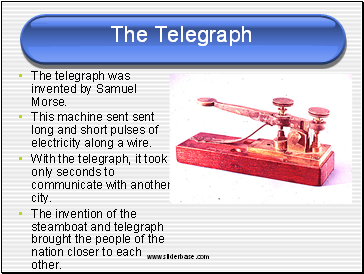 The telegraph was invented by Samuel Morse.

This machine sent sent long and short pulses of electricity along a wire.

With the telegraph, it took only seconds to communicate with another city.

The invention of the steamboat and telegraph brought the people of the nation closer to each other. 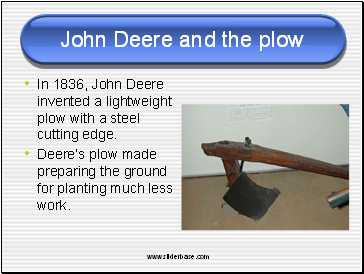 John Deere and the plow

In 1836, John Deere invented a lightweight plow with a steel cutting edge.

Deere’s plow made preparing the ground for planting much less work. 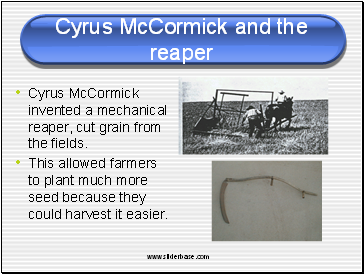 Cyrus McCormick and the reaper

This allowed farmers to plant much more seed because they could harvest it easier. 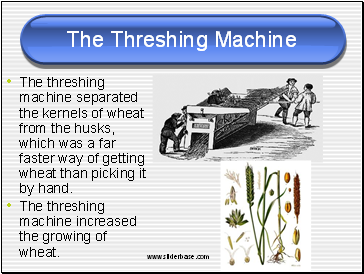 The threshing machine separated the kernels of wheat from the husks, which was a far faster way of getting wheat than picking it by hand.

The threshing machine increased the growing of wheat. 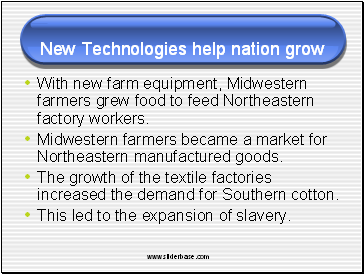 The growth of the textile factories increased the demand for Southern cotton.

This led to the expansion of slavery. 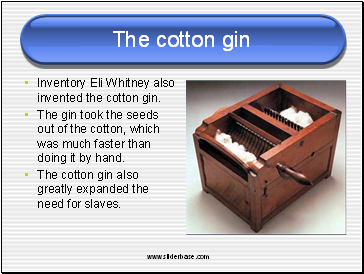 The gin took the seeds out of the cotton, which was much faster than doing it by hand.

The cotton gin also greatly expanded the need for slaves.