This is called the mirror equation

Image Formed by a Concave Mirror 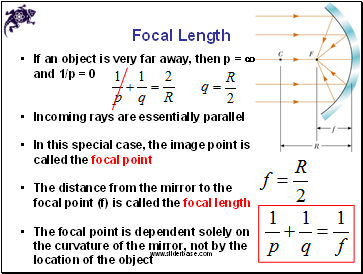 In this special case, the image point is called the focal point

The focal point is dependent solely on the curvature of the mirror, not by the location of the object 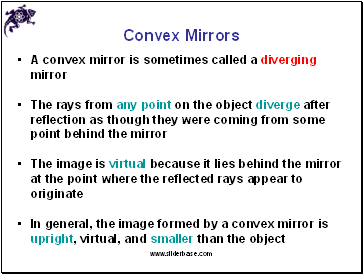 A convex mirror is sometimes called a diverging mirror

In general, the image formed by a convex mirror is upright, virtual, and smaller than the object 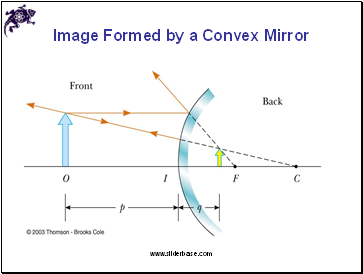 Image Formed by a Convex Mirror 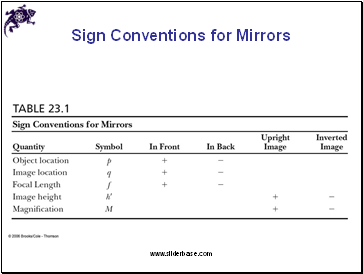 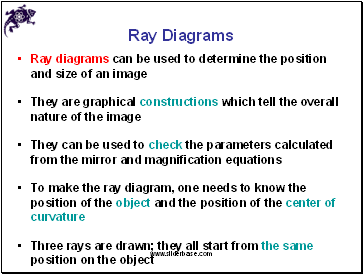 Three rays are drawn; they all start from the same position on the object 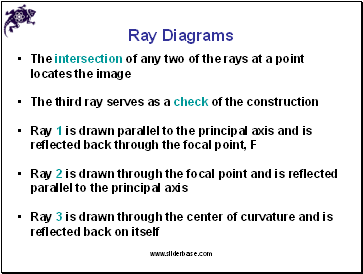 The third ray serves as a check of the construction

Ray 1 is drawn parallel to the principal axis and is reflected back through the focal point, F 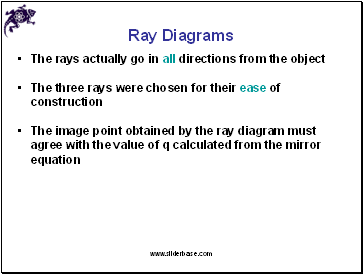 The rays actually go in all directions from the object

The three rays were chosen for their ease of construction 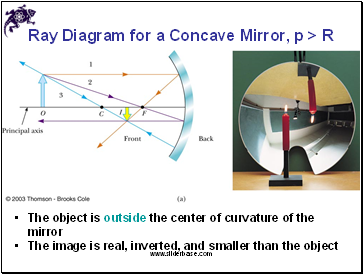