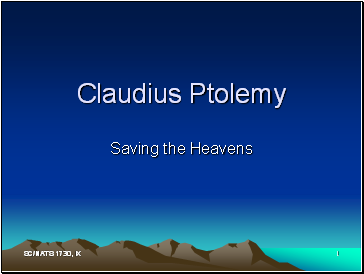 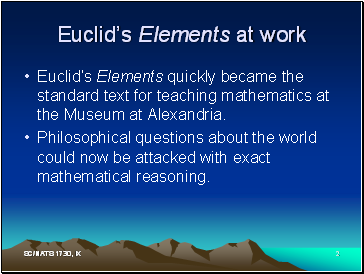 Euclid’s Elements quickly became the standard text for teaching mathematics at the Museum at Alexandria.

Philosophical questions about the world could now be attacked with exact mathematical reasoning. 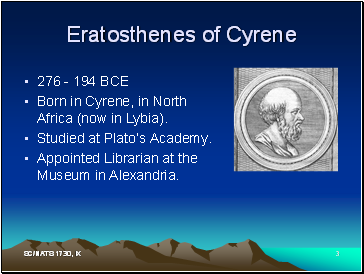 Born in Cyrene, in North Africa (now in Lybia).

Appointed Librarian at the Museum in Alexandria. 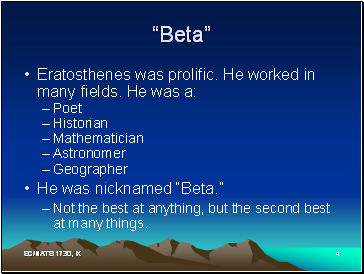 Eratosthenes was prolific. He worked in many fields. He was a:

He was nicknamed “Beta.”

Not the best at anything, but the second best at many things. 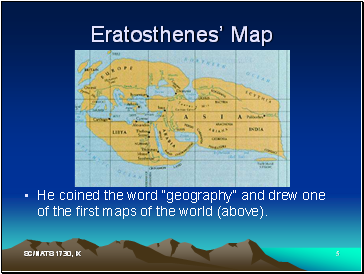 He coined the word “geography” and drew one of the first maps of the world (above). 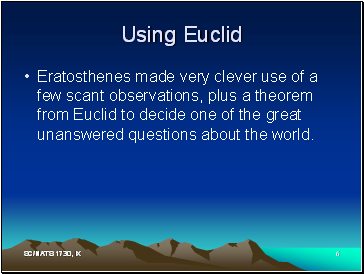 Eratosthenes made very clever use of a few scant observations, plus a theorem from Euclid to decide one of the great unanswered questions about the world. 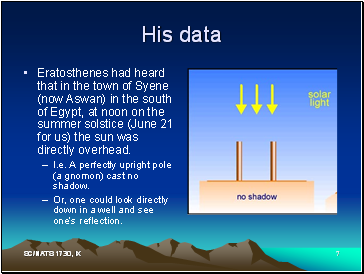 Eratosthenes had heard that in the town of Syene (now Aswan) in the south of Egypt, at noon on the summer solstice (June 21 for us) the sun was directly overhead.

I.e. A perfectly upright pole (a gnomon) cast no shadow.

Or, one could look directly down in a well and see one’s reflection. 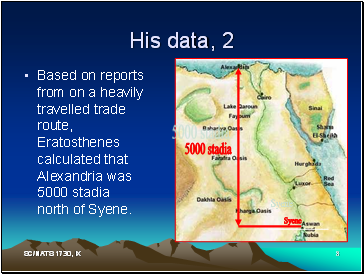 Based on reports from on a heavily travelled trade route, Eratosthenes calculated that Alexandria was 5000 stadia north of Syene. 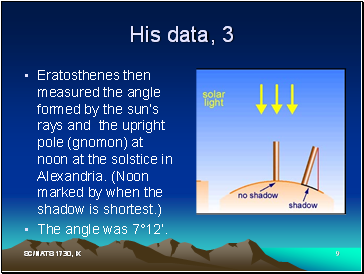 Eratosthenes then measured the angle formed by the sun’s rays and the upright pole (gnomon) at noon at the solstice in Alexandria. (Noon marked by when the shadow is shortest.) 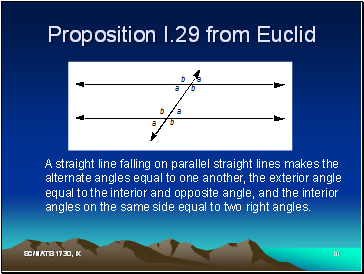 Proposition I.29 from Euclid