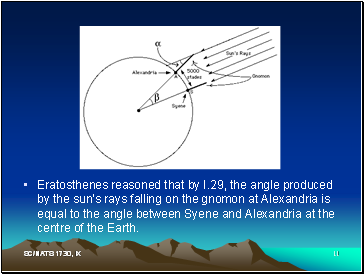 Eratosthenes reasoned that by I.29, the angle produced by the sun’s rays falling on the gnomon at Alexandria is equal to the angle between Syene and Alexandria at the centre of the Earth. 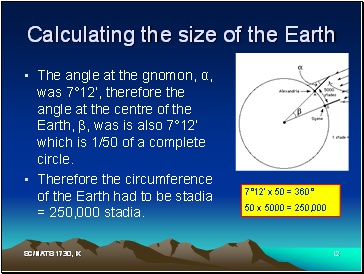 Calculating the size of the Earth

Therefore the circumference of the Earth had to be stadia = 250,000 stadia. 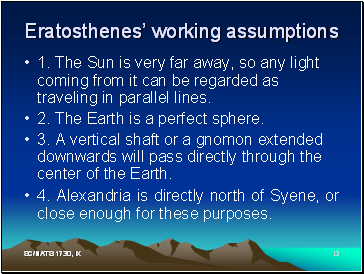 1. The Sun is very far away, so any light coming from it can be regarded as traveling in parallel lines.

2. The Earth is a perfect sphere.

3. A vertical shaft or a gnomon extended downwards will pass directly through the center of the Earth.

4. Alexandria is directly north of Syene, or close enough for these purposes. 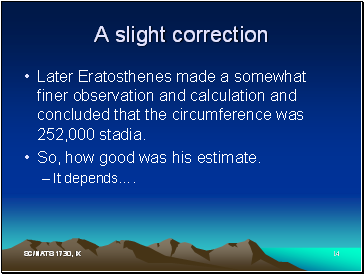 Later Eratosthenes made a somewhat finer observation and calculation and concluded that the circumference was 252,000 stadia.

So, how good was his estimate. 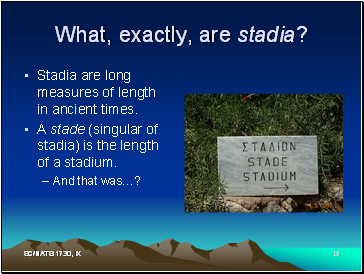 What, exactly, are stadia?

Stadia are long measures of length in ancient times.

A stade (singular of stadia) is the length of a stadium. 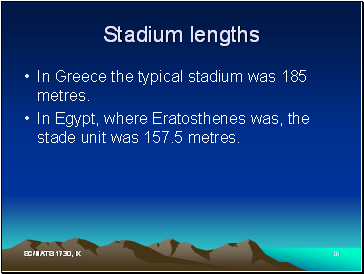 In Greece the typical stadium was 185 metres.

In Egypt, where Eratosthenes was, the stade unit was 157.5 metres. 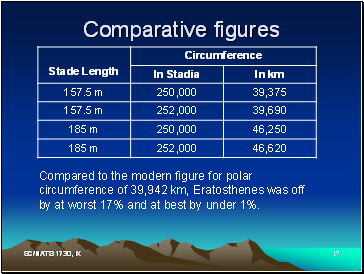 Compared to the modern figure for polar circumference of 39,942 km, Eratosthenes was off by at worst 17% and at best by under 1%. 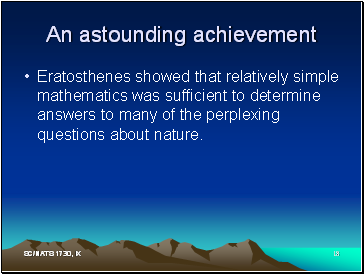 Eratosthenes showed that relatively simple mathematics was sufficient to determine answers to many of the perplexing questions about nature. 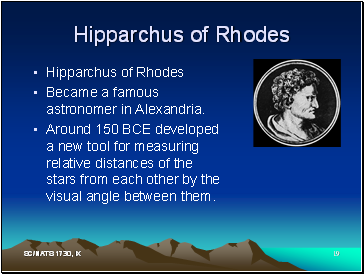 Became a famous astronomer in Alexandria.

Around 150 BCE developed a new tool for measuring relative distances of the stars from each other by the visual angle between them. 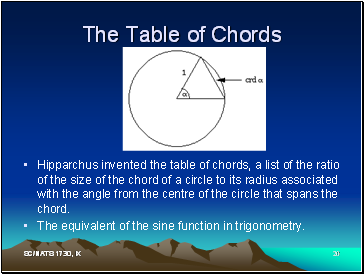 The Table of Chords